Pink or brown discharge during pregnancy can be caused by a number of different things- and whilst this discharge may cause concern, it is usually not an indicator of anything serious. 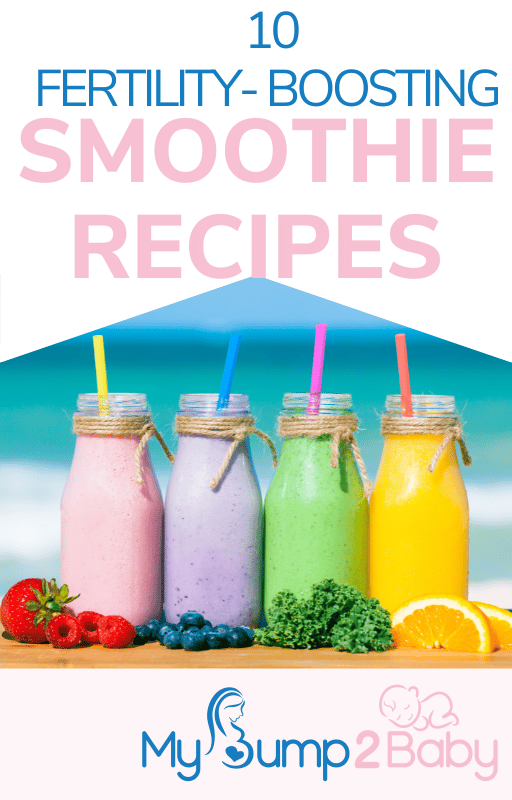 But what does brown discharge mean? What are the causes of brown discharge during the first trimester? This article- “4 Weeks Pregnant Brown Discharge- 6 Reasons Why” will answer those questions, and more.

What is Brown Discharge?

Brown vaginal discharge is discharge tinged with old blood (or blood that has oxidised, due to taking a while to exit the body from the uterus, through the vagina).

Women often see brown discharge as a regular part of their cycle, around the time of menstruation, however, if it is accompanied by other symptoms, it may be a sign of something else.

What are the Causes of Brown Discharge During Early Pregnancy?

What does brown discharge mean during pregnancy? 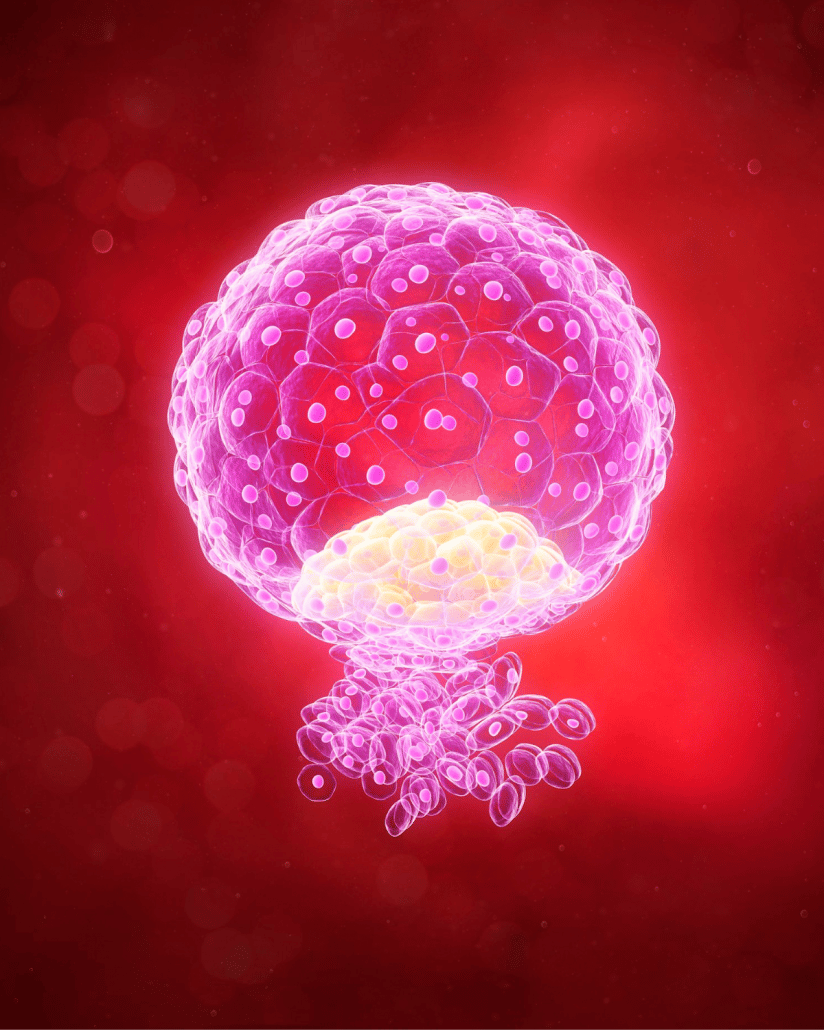 If you are experiencing light brown discharge in early pregnmancy (at 4 weeks pregnant), implantation may be the culprit.

Implantation usually occurs at around 7 to 14 days after conception, so, if you have a regular menstrual cycle, implantation bleeding will typically happen when you expect your next period. 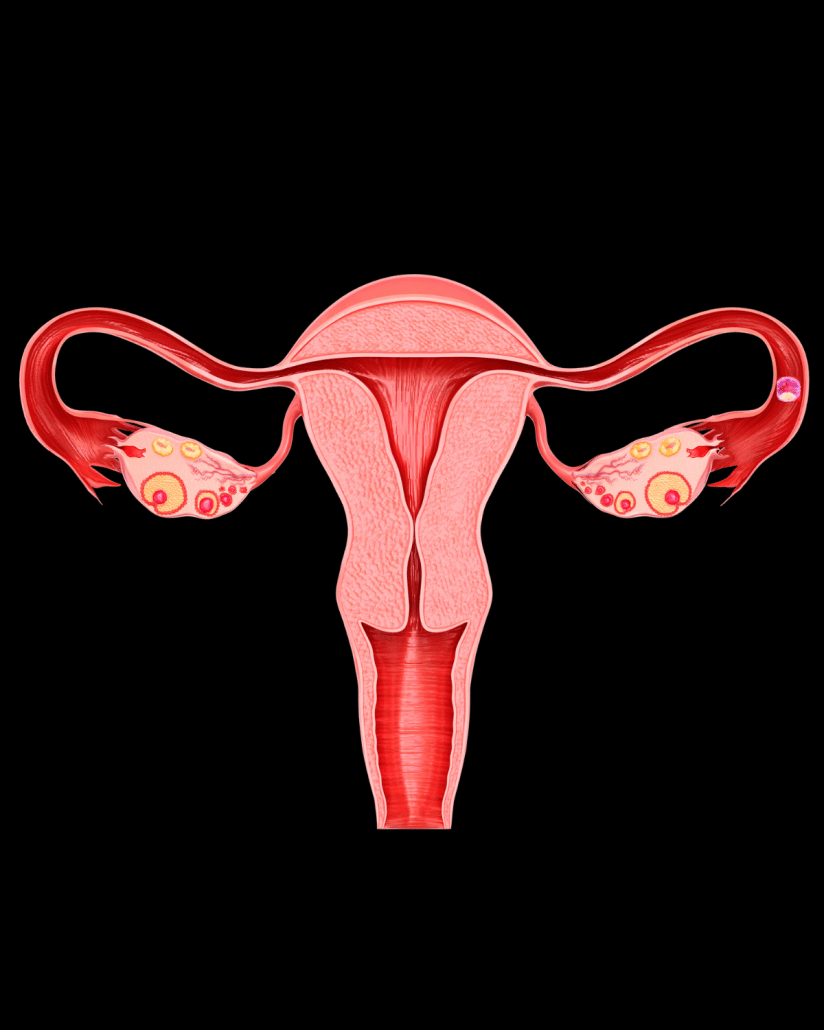 Although rare (around 1 in 90 pregnant woman rare), ectopic pregnancies can be the culprit of dark brown discharge during pregnancy. An ectopic pregnancy is when a pregnancy occurs outside of the uterus, usually within a fallopian tube.

Symptoms of an ectopic pregnancy will typically occur between your 5th and 14th weeks of pregnancy. 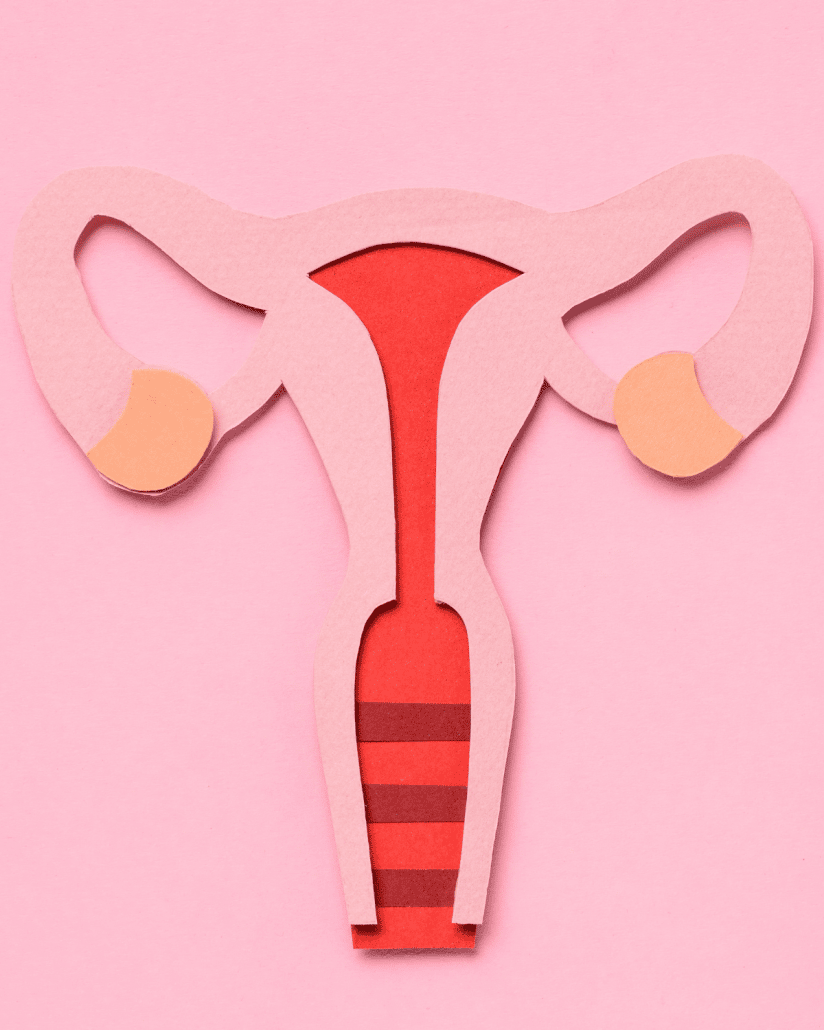 Cervical irritation may be the cause of the brown vaginal spotting you are experiencing. The cervix contains lots of blood vessels, and can bleed easily if irritated, causing brown spotting or light bleeding. A common cause of cervical irritation is sexual intercourse or vaginal infection. 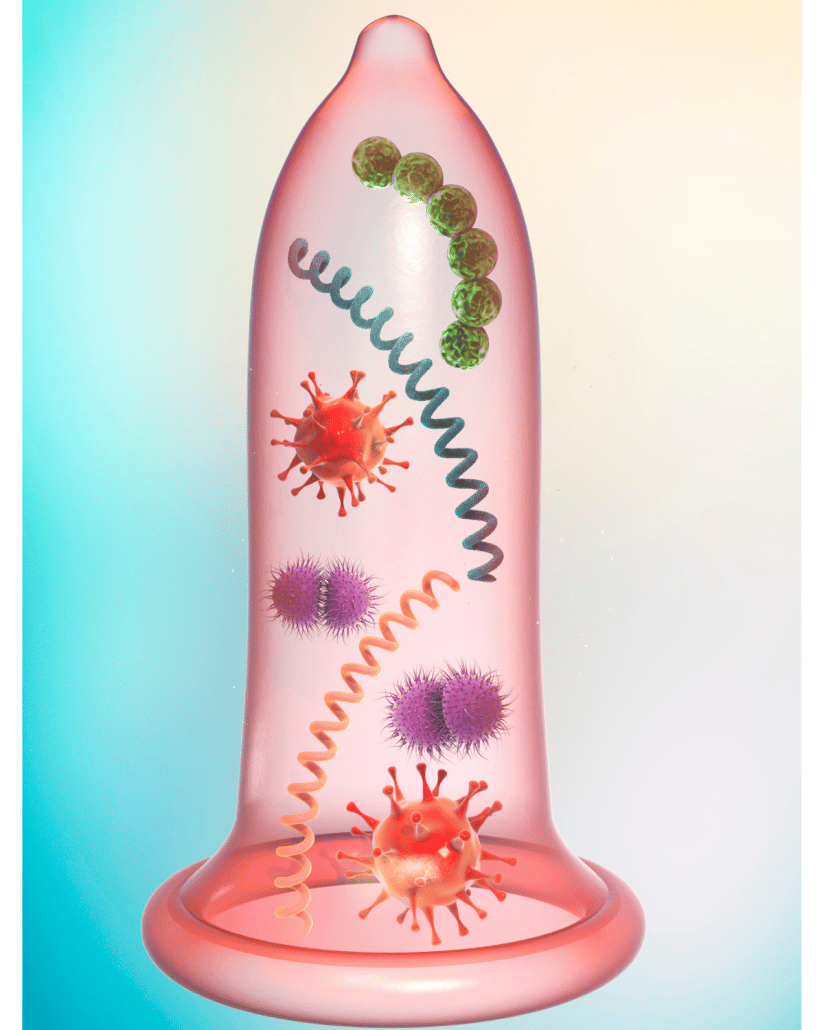 Some sexually transmitted infections, such as chlamydia or gonorrhoea, might cause brown discharge or spotting during pregnancy.

Healthy vaginal discharge is usually cream, white or clear in colour, has a thin or stretchy consistency, and no odour. 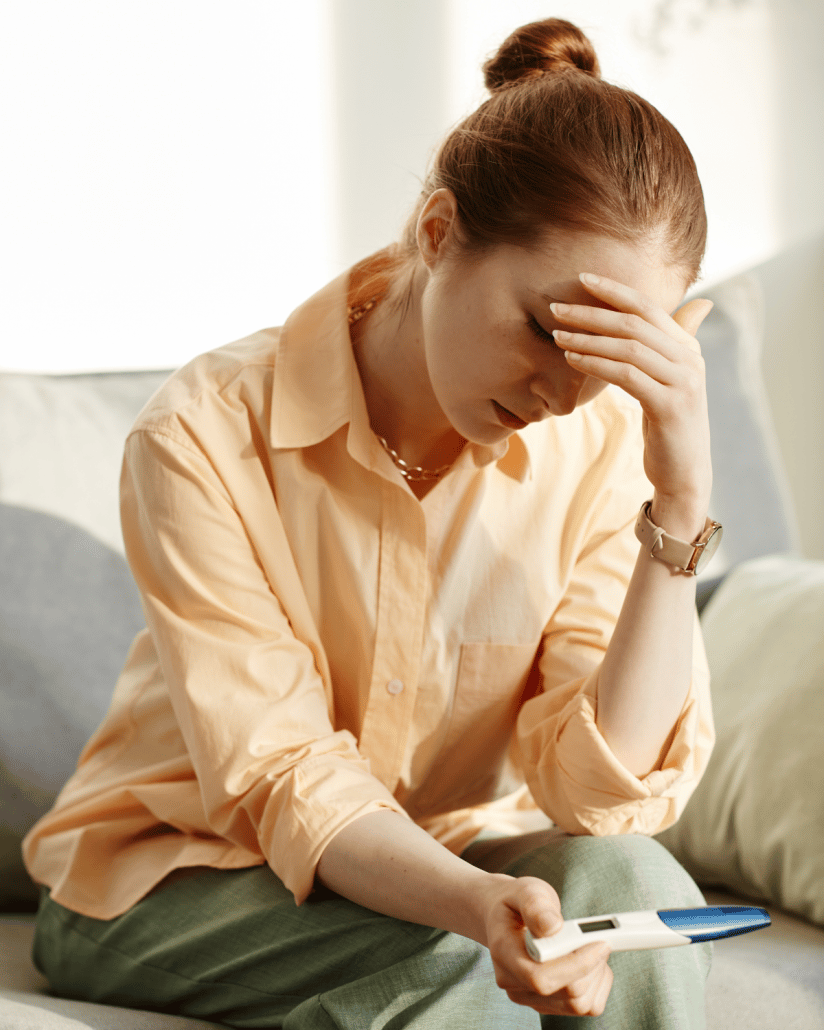 Whilst there are plenty of causes of dark discharge or bleeding during pregnancy, it is worth noting that a miscarriage could be the cause. An early miscarriage will be accompanied by symptoms other than brown discharge. These other symptoms include:

It is possible to experience abnormal bleeding and abdominal pain, without pregnancy loss, and still continue to have a normal pregnancy. This is called a threatened miscarriage.

If you believe you may have had a chemical pregnancy, you can read our article, “7 Tips For Getting Pregnant After Chemical Pregnancy“.

Light bleeding or brown discharge at 4 weeks pregnant- or during early pregnancy in general- is rather common, with around one in four pregnant women experiencing some form of bleeding during the first few months of pregnancy.

A combination of very mild abdominal or lower back pain and brown discharge during early pregnancy is reported by around 15 in 100 people, and does not always mean there is a problem with the pregnancy.

The reason for the brown discharge during early pregnancy is often unknown, and most women tend to go on to have a healthy pregnancy and baby.

How Can I Stop Brown Vaginal Discharge During Pregnancy? 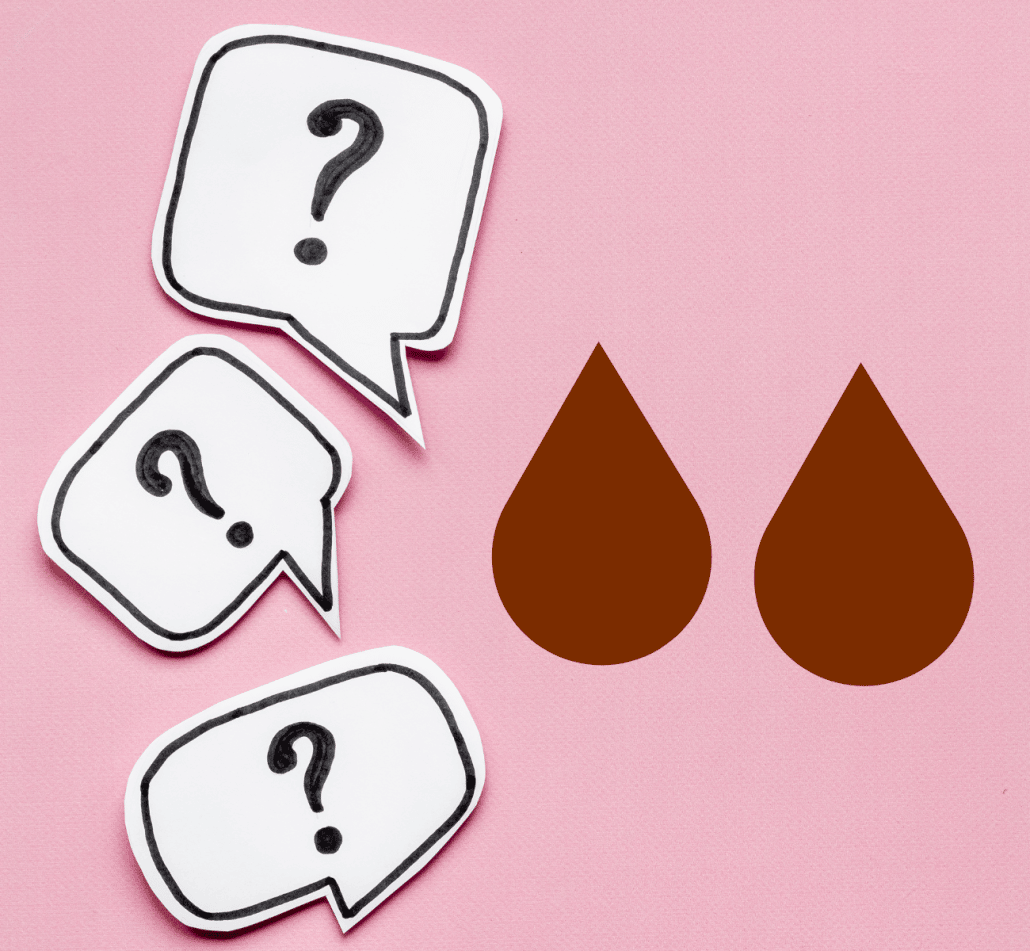 You may be wondering how to stop brown discharge during pregnancy. Whilst it cannot be completely stopped or prevented with causes such as miscarriage or ectopic pregnancy, there are some steps that you can take to prevent brown discharge, and vaginal infections that may cause the brown discharge, from occuring:

When Should I Contact My Doctor About Brown Discharge During Pregnancy?

As a general rule, you should consult your doctor if you experience bright red bleeding, which may be accompanied by abdominal cramping, during pregnancy.

In addition to this rule, if you are experiencing symptoms of an ectopic pregnancy, STI or miscarriage, as discussed in this article, you should consult your doctor immediately.

Are you experiencing brown discharge at 5/6 weeks pregnant? If so, then our article, Brown Spotting at 5/6 Weeks Pregnant is perfect for you. 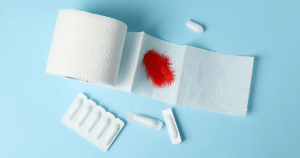