Disclosure: This article contains affiliate links, this means at no cost to you we may earn a commission if you purchase products through the links provided.

If you have stumbled across this article, chances are you a 5dpo otherwise known as 5 days past ovulation, You may be trying to conceive (ttc) and hoping for a pregnancy this month…. you are symptom spotting, looking for one glimpse of hope… that your baby dance (sex) worked this month, I know this because I have been there. I have also been there when it isn’t working and it can play havoc with your emotions.

The two week wait can be an exciting time and you may notice your spotting things happening to you that indicate pregnancy. The difficulty is, that 5 dpo is very early, it is important to remember that pregnancy and PMS have very similar symptoms. Pregnancy hormones start once implantation has taken place, this can be between day 5 – day 12 post ovulation.

Sometimes we may feel different during the luteal phase and this can make us feel hopeful for a pregnancy but it may just be that bit too soon. The TV doesn’t help, as every chick flick with a pregnancy involved shows someone having sex and then the next day puking in their office bin, pregnancy doesn’t happen like this.

Is 5 DPO too early to test?

Unfortunately, 5 days post ovulation is too early to do a pregnancy test and it is very likely even to result in a negative pregnancy test because your egg may not have even implanted in to the womb yet. Implantation can take place anytime from 5 – 10 days post ovulation, at this point only is when the pregnancy hormone is released and symptoms can occur but may notice that hormonal changes this week but that can actually be linked to the rise in hormones in the luteal phase. Some women may notice implantation bleeding around this time.

What early pregnancy symptoms are there at 5dpo?

As mentioned above, PMS and early pregnancy symptoms are very similar which is why it can be easy for us to get a little hopeful and excited around 5dpo (days past ovulation dpo). Women may notice a few signs in early pregnancy such as;

Can you get pregnant 5 DPO?

You cannot get pregnant at 5dpo, if the egg has been fertilised your egg could be on its way to implantation with a missed period, if it hasn’t you will get your period as expected.

Can you get a positive pregnancy test 5 days after ovulation?

How many DPO is implantation?

Implantation can take place as early as 5/6 days post ovulation and as late as 12dpo. Your fertilised egg has to make its journey in to the womb and then successfully implant to become pregnant.

What to expect at 5 days past ovulation

Unfortunately, there isn’t much you can count on at 5dpo, the two week wait can be very difficult for some women who may be hoping for a pregnancy. Waiting until AF (aunt flow) can seem like an eternity when you are hoping for a postive test.

Lauren said “I knew I was expecting a postive pregnancy test within a few days, I just felt different and my blood pressure changed, it sounds silly but sometimes as mothers, I genuinely think you just know”

Sarah said “I had all the symptoms right away, many places state this is not possible without hcg but from 3dpo I was weeing constantly, my mood swings were the worst they have ever been and my cycle symptoms are usually less extreme. I was looking for signs for early pregnancy and I did feel morning sickness early on but sometimes I do feel this after ovulation anyway because of a ruse of pregnancy hormones.”

Stacey “I had stomach cramps from around 4 dpo, I was always symptom spotting and I knew that after day 4 the egg can implant, I also had a little bleeding after implantation too which was my 2nd symptom, after tat I was quite confident we had made a baby.”

If you need extra help trying to conceive, ovulation strips are a fantastic tool to show you when you are at your most fertile. You can get some fantastic ones here. 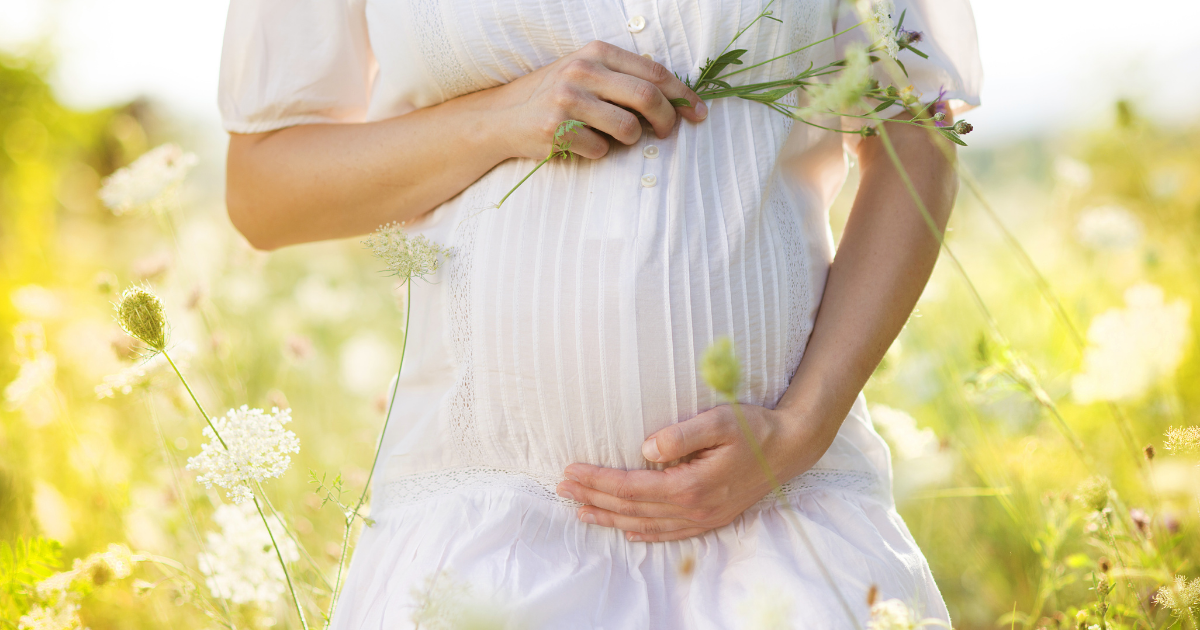 Surprising Things That Can Mess with Your Fertility

Can an Ovulation Test Detect Pregnancy?