At 7 weeks pregnant you are still considered in the early stage of pregnancy, you are in the first trimester.

At 7 weeks pregnant your baby is the size of a Blueberry so as you can imagine your growing embryo is still very small but can usually be seen on an ultrasound at 7 weeks pregnant with a flickering baby’s heartbeat or two if you are lucky enough to be expecting twins.

Why do people choose a 7 week pregnancy ultrasound?

The first NHS scan (dating scan) known in the UK are around 12-13 weeks gestational age (usually at the end of the first trimester) which can be a long wait for expectant parents, this scan is known as the dating scan which will give you your babies due date.

The second pregnancy ultrasound is known as the anomaly scan which checks your baby is growing as they should be and looks out for any illnesses.

People choose to have an early pregnancy ultrasound for many reasons including;

For a lot of expectant parents, if they choose to have a seven week ultrouasound it will be their first scan often called a reassurance scan, however, you can have your earliest scan as early as 4 weeks if medically necessary, some people have them around then if they are at risk or showing signs and symptoms of an ectopic pregnancy, read more about early scans and what to expect at the 6 week ultrasound and the  5-week ultrasound

At 7 weeks pregnant you are in your 7th week of pregnancy this means it has been around 5 weeks since sperm fertilised your egg during ovulation. Even though your positive pregnancy test is more recent and you have technically been pregnant for 5 weeks you are still classed as 7 weeks pregnant (gestational age) as the two weeks after your period before you are pregnant is still counted during pregnancy.

Your pregnancy symptoms at 7 weeks pregnant can be a heightened sense of smell, sore breasts, and morning sickness (either feeling or being sick). 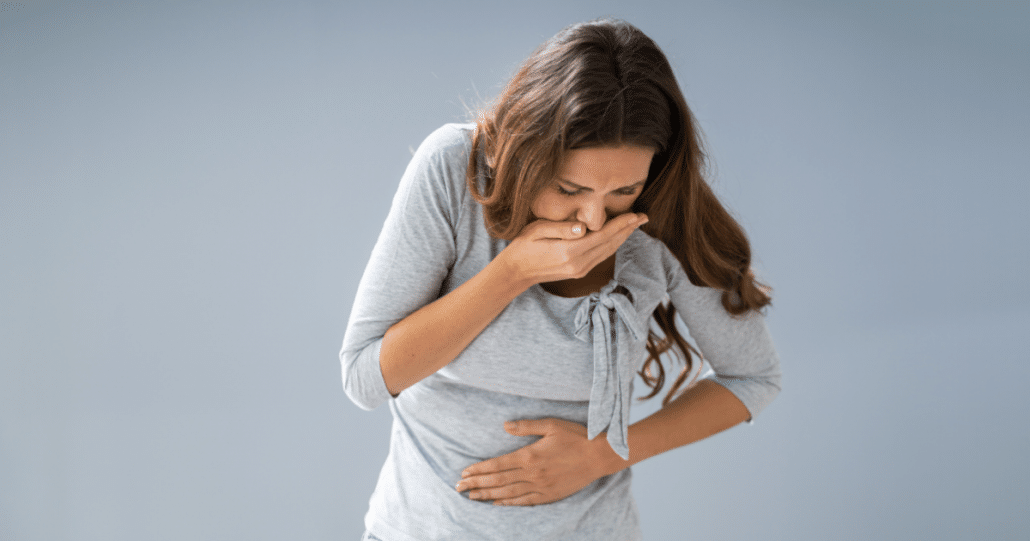 Why go for a private ultrasound at 7 weeks Pregnant?

The hospital only offer early scans if you have experienced previous losses or if you are showing symptoms of an ectopic pregnancy, ectopic pregnancies can be life threatening and these are treated as urgent.

What are the chances of Miscarriage at 7 weeks of gestation

Early pregnancy can be a very anxious time for expectant parents but it is important to remember that most pregnancies result in a healthy baby. Your chances of miscarrying get less every day. According to website Datayze, the chances of miscarriage at 7 weeks are as follows;

7 weeks pregnant scan – How do I get a private ultrasound appointment?

The great news is there are lots of wonderful ultrasound clinics throughout the UK and you can pay for a private ultrasound at 7 weeks pregnant.  You may choose to go for a private scan if you are looking for some reassurance. To book with your nearest pregnancy scan clinic visit our directory. 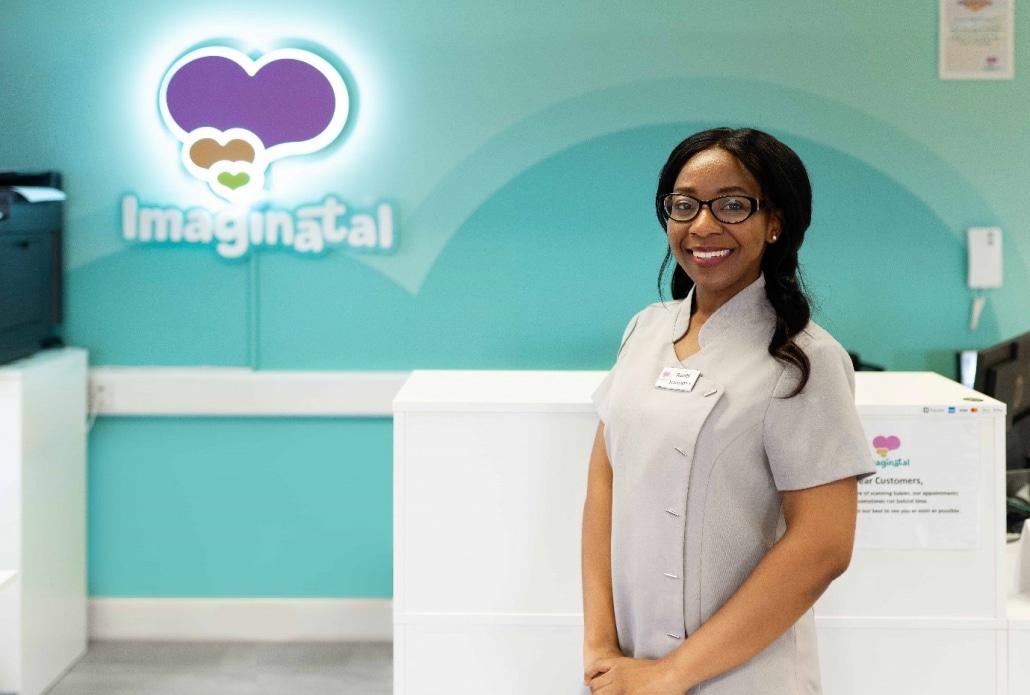 Is there anything I should do before my 7-week abdominal ultrasound?

Yes. drinking a pint and a half of water is a good idea to fill your bladder about an hour to 45 minutes beforehand in preparation for the scan. This allows the images to be a lot clearer to assess.

Will it be a transvaginal ultrasound at 7 weeks?

Between 6 to 8 weeks, the scan is often performed vaginally in most cases due to the size of the pregnancy being extremely small at this time. And difficult to assess clearly from the abdomen. But, in some cases, only the abdominal scan will be sufficient if the foetal pole can be seen already just via the abdomen.

What does a 7-week fetus look like on an ultrasound?

We have some pictures. As you can see the size of the baby is very small, only 9mm long. 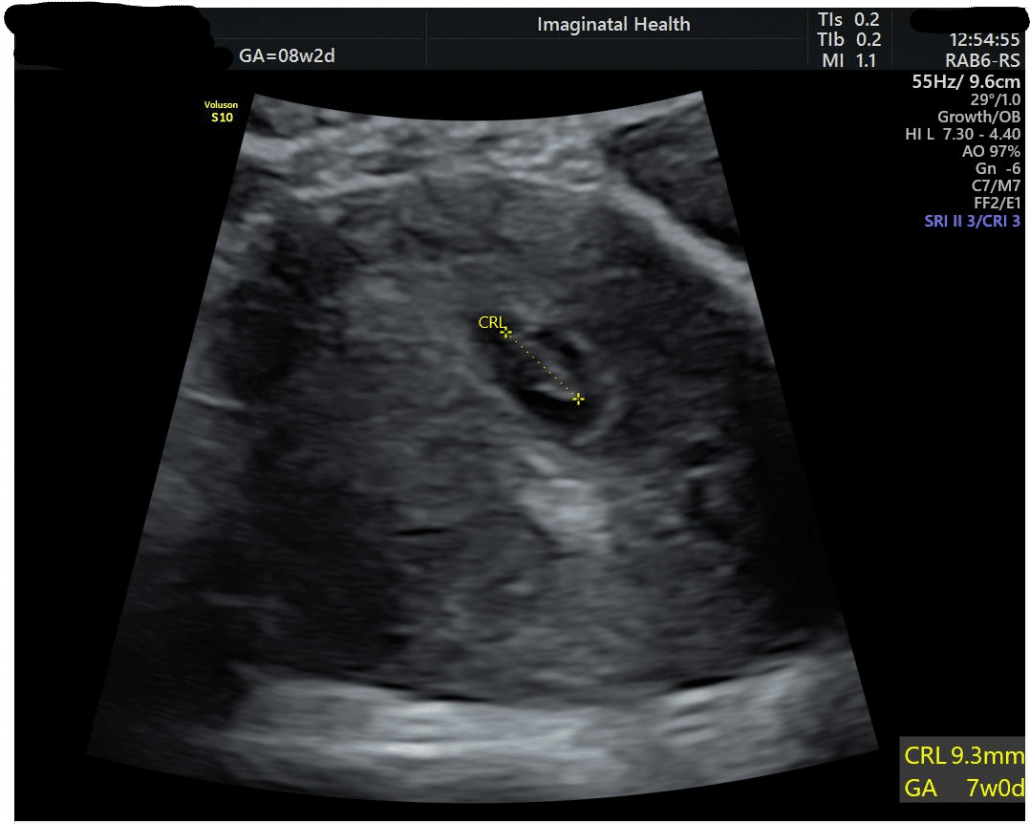 Can you see the yolk sac at 7 weeks pregnant?

Depending on whether your womb is anteverted or retroverted, which means facing forwards or backwards, the yolk sac can be seen on the scan at 7 weeks through the abdominal scan. Though in most cases, a vaginal scan would be required to see this clearly at this time. The yolk sac appears as a white ring-shaped structure which feeds and supports the pregnancy for the first 13 weeks of the baby’s life before the placenta takes over that function.

Will I see the Gestational sac at 7 weeks ultrasound scan?

The gestational sac can be seen on an ultrasound scan at 7 weeks as rounded black area sitting in the centre of the womb. We have to make sure that the gestational sac is located in the correct place, which is the womb, developing there and not anywhere else because this could be a danger to the mom. If the pregnancy is not located within the womb, this would be called an ectopic pregnancy.

How long does a 7-week ultrasound take?

The scan can take between 15 to 20 minutes, depending on what the findings are on the day and if anything else needs further evaluation of the discussions on the day.

Can a miscarriage be confirmed at a 7 week ultrasound?

Can you have a 7 week ultrasound in 3d?

It is standard UK practice that a 7 week scan is not typically performed in 3d. We would always use ultrasound in the 2d for diagnosis purposes at this early stage as we get a lot of finer details of smaller structures, compared to 3d reconstructed images, which are only advised much later on in the pregnancy, within the third trimester.

Can you see the babies heartbeat at 7 weeks pregnant, what does it look like?

Yes, the baby’s heartbeat is visible on ultrasound scan at 7 weeks, especially when performed by transvaginal scanning, where the ultrasound camera is a lot closer to the structures around the baby and everything is visible clearly. The heartbeat itself appears as three flickering horizontal lines across the upper third of the baby’s body. At that time, it can be seen clearly on the screen as the horizontal middle line moves up and down flashing.

Can you hear the babies heartbeat at 7 weeks pregnant?

Its possible to hear the heartbeat on a transvaginal scan. The baby is still to small to hear it over the abdomen. You have to wait until around week 9 for that.

Can you find out if your baby has down syndrome on the 7-week ultrasound?

No, the earliest that you can find out the Down Syndrome status of the baby is 10 weeks. This would be through blood test method called a non-invasive prenatal test (NIPT) performed by taking blood through the mom’s arm and the lab analysing baby’s chromosomes to check for genetic conditions like Down, Edwards, and Patau Syndrome. This test cannot be performed at seven weeks as it would be too early.

Can you find out the gender of my baby at 7 weeks pregnant?

The gender of the baby cannot be confirmed at seven weeks as that would still be too early to assess it via scan. The earliest time that the gender could be confirmed by scan would be from 15 weeks and 4 days. Through other methods, the gender can be confirmed as part of checking genetic conditions via NIPT at 10 weeks.

Can your sonographer confirm twins at the 7-week ultrasound?

Yes, we can confirm a twin pregnancy at seven weeks.

Can a sonographer tell if 7 week ultrasound twins are in one sac?

What else should I expect at a 7-week ultrasound?

·       You can expect to have the scan offered to be performed vaginally. If only the abdominal one was what you had in mind, you may be offered a vaginal one for them to see clearly.

·       You can expect to be asked for information regarding how the baby was conceived. If it was IVF or natural conception, this can have a correlation to the measurements or dates that the baby appears to be.

·       Other things you can expect at the 7-week scan is to be asked if your periods are regular cycles or not as these irregularities could impact the measurements obtained of what the baby size would be or how far you’d expect to be in the pregnancy.

·       Also expect to receive a written report at the end of the scan as this is standard good practice to do. So that you can use this report when speaking to your midwife about your dates and the scan you’ve had.

·       Double check the rescan policy of the clinic you are going to so that you choose one that will rescan you for free if the first scan is inconclusive and they haven’t managed to see enough on the day.

·       Always make sure you go to a clinic that is CQC registered and uses HCPC registered sonographers because for these types of scans you really need qualified people performing them. 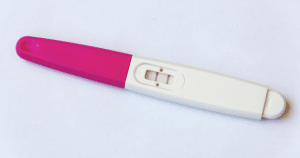