Breast tenderness is definitely a common complaint amongst women- particularly around the time when our menstrual periods start and our hormones are raging. But is breast pain one of the ovulation symptoms? Do breasts hurt during ovulation?

In this article, you will find the answers to those questions and more:

Can Ovulation Cause Breast Pain (Mastalgia) and Sore Nipples? 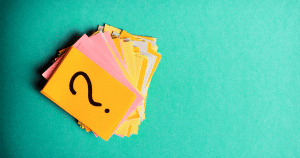 If you find that you are experiencing breast pain and nipple soreness during the middle of your menstrual cycle, it may be due to ovulation.

Symptoms of Breast Pain During Ovulation

Symptoms of breast pain during ovulation may include:

4 Causes of Breast Pain During Ovulation

The fluctuations in these fertility hormones can cause mastalgia (breast pain) during ovulation.

In terms of hormones, the imbalance in progesterone levels and estrogen levels during ovulation- or a rise in estrogen- may cause breast pain.

A Drop in Estrogen Levels

How Common is Breast Pain During Ovulation?

How Long Does Breast Pain During Ovulation Last?

Breast pain caused by ovulation will typically last for a maximum of 5-6 days- including the few days prior to ovulation, the day of ovulation, and potentially the day after ovulation.

How Can I Treat Breast Pain During Ovulation?

Breast pain during ovulation can be rather uncomfortable. Thankfully, there are a few actions you can take to relieve breast pain:

If you are experiencing breast pain at around the same time every cycle, you should consult your healthcare provider. Your doctor may prescribe you the following treatments:

What are the Other Signs and Symptoms of Ovulation?

We have discussed that breast pain is one of the ovulation symptoms– experienced by some women during ovulation- but what other symptoms may be a sign of ovulation? 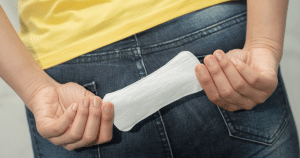 Paying attention to the changes in your vaginal discharge can tell you a lot about your reproductive health, and what stage of the menstrual cycle your body may be going through at that time. The changes in vaginal discharge are one of the natural family planning indicators which women use to determine when they may be ovulating, to help them plan intercourse with their partner to successfully conceive. This method is called the Cervical Mucus Method. 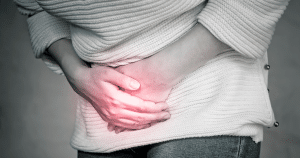 Ovulation pain- or Mittelschmerz (derived from the German words for “middle” and “pain”)- is the one-sided lower abdominal or pelvic pain that is experienced during ovulation. Ovulation pain can be described as a dull ache or sharp stabbing pain. You may find that your ovulation pain alternates between sides from cycle to cycle- corresponding to whichever side the egg was released from.

Increased libido or sexual desire is a common symptom of ovulation- with all of your crazy raging hormones- and the fact that your peak fertile days occur in the days surrounding ovulation- it is no wonder that you experience this symptom. 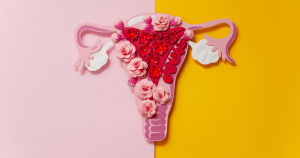 During ovulation, your cervix moves higher up into your body- which is the more ideal position for sex and becoming pregnant. Since ovulation, and the days surrounding it, are when you are most fertile, cervical fluids are secreted which soften the cervix. These cervical fluids create the perfect environment for sperm to survive, increasing your chances of conception.

Other Causes of Breast Pain During Ovulation

Whilst breast pain is usually not a cause for concern, it may indicate the following:

No Fault Divorce – ‘To Blame or not to Blame’