Egg White Discharge & Fertility - Everything You Need to Know - MyBump2Baby

Your vaginal discharge can indicate a variety of things- from pregnancy to a vaginal infection. But what does egg white discharge mean? Why might your discharge look like raw egg whites? This article, Egg White Discharge & Fertility – Everything You Need to Know, will answer those questions and more.

What Does Egg White Discharge Mean?

Egg white discharge is a kind of vaginal discharge that is often present during ovulation. It is called, in full, “Egg White Cervical Mucus” or EWCM. Egg white cervical discharge is slippery cervical mucus that is clear, odourless, and stretchy with a consistency of egg whites.

Different kinds of discharge and cervical mucus changes throughout your menstrual cycle can indicate a variety of different things. 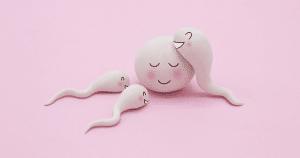 Ovulation is when an ovary releases an egg, which then travels down into the fallopian tubes before reaching the uterus. Only one egg is released per cycle, but on occasion, hyperovulation can occur- which is where an egg is released from the second ovary within 24 hours of the first egg being released. Ovulation is often accompanied by many ovulation symptoms, such as bloating, cramping and even nausea.

The production of egg white cervical mucus is caused by the estrogen hormone- which increases once your period has come to an end. Estrogen promotes the growth of your eggs and helps your body to thicken its uterine lining. When the estrogen levels reach their peak, egg white discharge is released, followed by an egg in the ovulation process.

Is Egg White Cervical Mucus a Sign of Ovulation?

How Can I Track When I Am Ovulating?

You are able to track your ovulation via several fertility awareness-based methods- methods that involve knowing and recognising when you will enter the fertile window of your menstrual cycle.

If you have a regular period, you may be able to use the calendar method (also known as the standard days method) to predict when you are most likely to ovulate.

Egg white cervical mucus creates a hospitable environment for sperm. When you are experiencing this egg white mucus discharge, it is the best time to have sex if you are hoping to conceive.

Egg white discharge can last for between 2 and 4 days after ovulation.

If you experience egg white cervical fluid for longer than between 2 and 4 days, and you experience it later in your cycle than usual, it may be a sign of early pregnancy. In the case of pregnancy, the egg white discharge may be milky white in colour (or clear). This is called leukorhoea.

You should take a pregnancy accurately test whether or not you are pregnant, as egg white cervical mucus production later in your menstrual cycle does not always mean that you are pregnant. 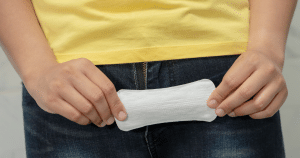 How Should Egg White Discharge Look?

You may find that you do not experience the ideal egg white discharge every cycle. This is completely normal.

When Should I Be Concerned About Vaginal Discharge?

If you are experiencing vaginal discharge that:

You should consult your doctor, as this can be a sign of vaginal infection- such yeast infections or bacterial vaginosis.

Can I Get Pregnant With No or Little Cervical Mucus?

Crumbly discharge is too thick and will disable the sperm from reaching the egg. Crumbly, thick discharge is hostile for the sperm.

You are able to conceive without experiencing discharge like raw egg whites, but it is more difficult. 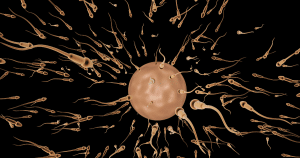 Some women, who are trying to get pregnant, use egg white discharge to monitor ovulation and predict their peak fertile window. This is called the cervical mucus method- and it is a method of natural family planning.

Egg white discharge cannot be used to accurately predict when you are fertile, as the egg only survives for 24 hours after ovulation.

Once ovulation is over, the cervical mucus thickens and does not allow sperm to enter to fertilise the egg.

You can use ovulation kits to help you to predict your peak fertile days and increase your chances of conceiving. Ovulation kits can be very useful for women who have erratic cycles.

Can Egg White Cervical Mucus Be Used to Predict Pregnancy?

If you experience egg white cervical mucus (EWCM) later in your cycle than usual (after the 14th day)- it may indicate that you are pregnant.

Leukorrhea that has a yellowish or greenish tint may be a sign of infection.

You should contact a doctor if you have been trying to get pregnant 6 months if you are over 35, or for one year if you are under 35 and you have not been experiencing egg white cervical mucus around ovulation.