Getting Ready for a Baby - MyBump2Baby

Having a baby, especially your first, is an incredibly exciting time. There are also a few worries in the mix of emotions, too, though. Chief among these concerns is whether the baby is going to be alright, followed by how you’re going to afford it!
Some surveys have found that new parents spend up to £10,000 on their baby’s first year – the cot, the pram, clothes, nappies, formula, car seats, toys and special food being just some of the items on the shopping list. You don’t have to spend this much if you don’t want to, though, as there’s lots of ways to reduce this expensive first year’s costs.

Work out how much you can afford

Whether you’re embarking on this journey with your partner or going it alone, you have to work out how much you’ll have to spend and what you’re going to spend it on. Use this handy budget calculator to work out your finances for the next 18 to 20 months (the pregnancy period and baby’s first year or so) to pin down how much you’ll have coming in and how much will be going out. Then you can start using these bright ideas to curb your spending.

Start looking for bargains as soon as possible

You can join local marketplace groups to keep an eye out for equipment – large and small – as soon as you feel comfortable. For some people, this is after the 12-week scan and for others this may come later. The sooner you start looking for prams, cots and bundles of clothes, however, the more you’ll have amassed while you’re still working. You’ll also get to know the market and the territory and soon you’ll be bidding like a pro!

You may think that you never win anything, but by dedicating an hour or so a week to entering baby magazine and website competitions, you may just strike it lucky a few times. Most magazines have giveaway competitions and you should enter as many as you can – sometimes the giveaways are little things like teething rings and sometimes they’re biggies like travel systems and cots. If you don’t try, you’ll definitely not win anything.

Try to live off just one salary for a month

You’ll probably be taking at least nine months’ maternity leave. During maternity leave, if you’re an employee, you’ll get six weeks on full pay followed by a period of reduced pay until you return. If you’re self-employed you’ll probably get Maternity Allowance, which isn’t a huge amount. A good savings tip is to live for a month off your partner’s salary to see how it goes and to squirrel away yours for your period of leave.

There are some things that you’ll buy and never use! Listen to friends, family and forums and don’t bother with wipe warmers, baby food-processors and nappy bins. Just don’t! Similarly, when you are making the big purchases – the pram and the cot – think about how long you can use it for. Many cots turn into toddler beds so you’ll get three or four years’ use out of them. Many prams are also designed to go from new born to toddler (with the help of some engineering wizardry) so you’ll only need to buy one. 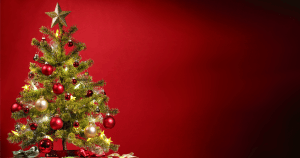