The 39 year old singer, Kimberley Walsh, and her partner, Justin Scott welcomed her newborn son Nate into the world a month ago on the 28th of May, keeping the birth a secret for a month.

The singer gave birth 10 days early after being induced, to avoid any complications after the doctors found antibodies in her blood which could cause anemia for the baby.

In a photoshoot and interview with OK! Magazine, Kimberley described how she’d “always liked the name Nate”, continuing to say “There was a Nate in Boyz II Men and I’ve known a few people in the industry with the name and it’s quite American-sounding, and so is Cole, so I felt like they went well together.”

“I’ve also watched a few American series recently with characters called Nate, like How to Get Away with Murder, and the name felt right when I heard it. We said we wouldn’t name him until we got home, but when we got back the boys were adamant that was his name!”

Kimberley has announced that she does not want any more children agyer Nate, saying “we’ve decided Nate will be our last baby”

“Me and Justin said to each other yesterday that two just didn’t seem enough for some reason, but now we feel complete,” 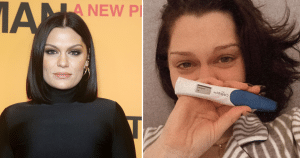