When my son George developed colic at around 4 weeks old, I frantically searched for colic treatments that I could buy over the counter right away. Lack of sleep is torturous and I would have paid anything just for some peace at night but unfortunately other than leaving a huge hole in my pocket there was no improvement with the over the counter colic remedies.  I’m not saying it will be the same for everyone but why not start with the cheapest option and try the free home colic remedies first.

I began reading in to home remedies for colic and thought it was worth giving them a try, not only did I want to banish colic but I also wanted to know how to prevent colic from rearing its ugly head again.

I tried the following home remedies for colic and within a few days my son was much better, it is difficult to pin point the exact reason that the colic stopped but I felt the gripe water played a huge part.

Burp baby more frequently – I burped George much more often than usual. I was burping him every 30mls. It was a pain on the night feeds but I found I could settle George a lot easier and quicker afterwards. There are many burping techniques for example; holding baby over your shoulder, sitting baby in an upright position or place them over your lap and gently tap or rub their back to bring up the wind.

Keep baby upright after feeds – Each time your baby has a feed keep them upright for at least 20 minutes where possible. I also tried to ensure that Georges head was nicely raised during every feed so that the milk went straight down.

Massaging the tummy – My friend runs a baby massage class so when she came round for a brew I took the opportunity to use her skills for free. Baby massage is meant to help with colic however due to lack of sleep I couldn’t think of anything worse than attending a class with other humans and paying for the privilege, so I decided to massage George myself. I massaged baby oil into Georges belly with two fingers. I then gently massage the tummy to help move along any poo or trapped wind. I did this each afternoon and George seemed to enjoy it. It is important to do this very gently as a baby’s body is so delicate and fragile.

Using the Dummy – I wasn’t sure if I was going to give George a dummy at first however once colic began I went and bought 4 at once. At Georges worst colic cries he would spit the dummy out but it did settle him in the end when he began getting too tired to cry anymore.

Play white noise – We played white noise during the colic times and sadly he was crying that loud he wouldn’t have heard it but he did seem to settle down to it in the evening. It could be worth a try. White noise helps soothe your baby, the sounds remind them of being in the womb. You may also notice that a hoover or hair dryer may also have the same effect.

Go for a drive or walk in the pram – The car and pram were great for settling George but the hard part was transporting him from the car seat or pram back to his moses basket, he often woke during the process which was not pretty.

Try a warm bath – Your baby spent months in your amniotic fluid, your baby may find some comfort in the bath. This often settled George for a while (at least whilst he was in there)

Gripe Water – Try giving your baby gripe water before each feed, I feel this really worked for George, see my article on Gripe water.

Propping up moses basket – We put books under Georges moses basket stand to ensure he was never lay down completely flat.

After a few days of Gripe water (which was our last resort) and trying all of the above the colic seemed to disappear completely. It is difficult to pin point what exactly it was that stopped the colic but the main thing to remember is…. there is a light at the end of the tunnel and eventually it will stop.

Please also remember that every baby is different and what works for me may not work for you.

Speak to your GP or health visitor before self medicating. 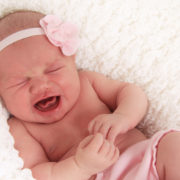 Why Do Babies Fight Sleep? 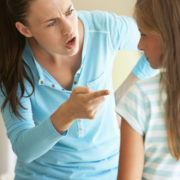 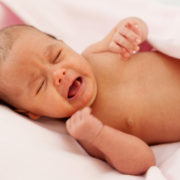 Is Your Baby Crying in their Sleep?
0 replies