How Are Babies Made? - MyBump2Baby

Everyone understands the basics of how a baby is made.

When a male and a female have sexual intercourse, the sperm and the egg meets, eventually forming a baby. But, of course, the entire process is a lot more complicated than that.

Knowing the mechanics of reproduction can help you when it comes to understanding your own fertility.

Let’s take a deeper look at how babies are made.

The Egg and The Sperm 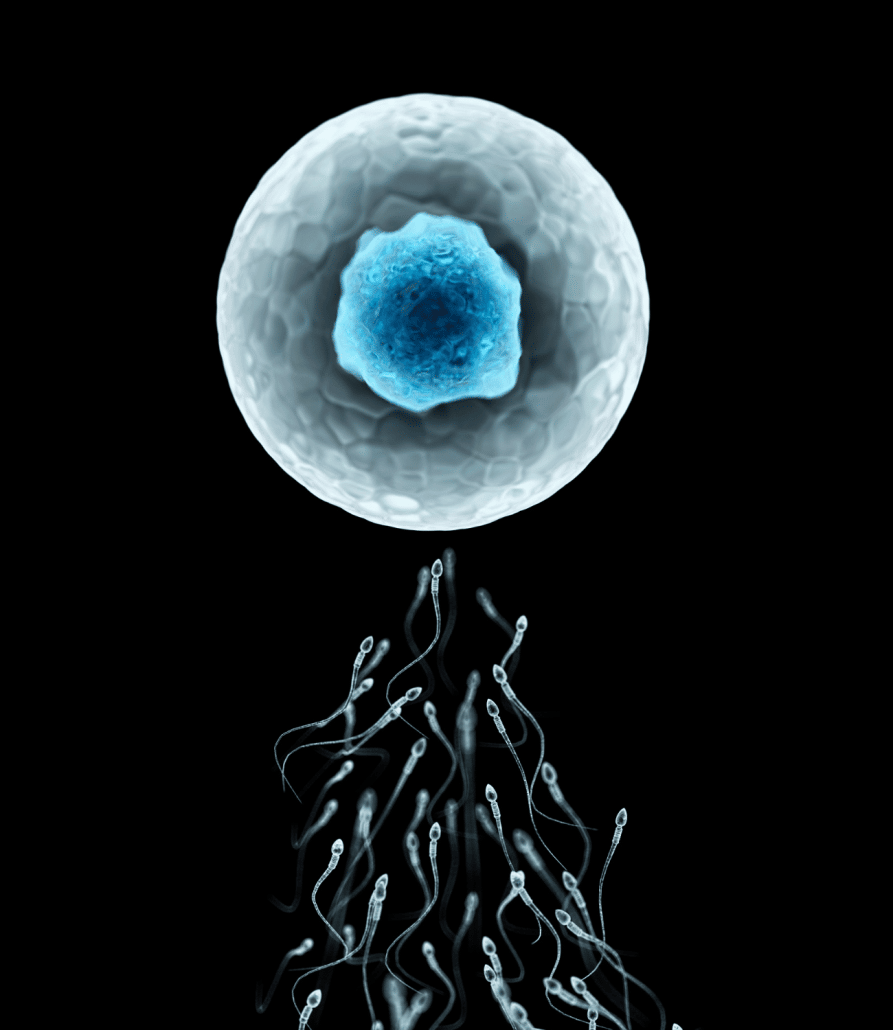 First off, there are two main factors of reproduction: the egg and the sperm. A baby cannot be formed if one is absent.

The egg is formed inside two almond-shaped glands found on each side of a woman’s uterus called the ovaries. This is also where the potential pregnancy begins.

Ovaries start off fully stocked, with newborn baby girls having around two million eggs in their ovaries. Almost immediately, these eggs start dying off and no more are produced to replace them.

How Does the Menstrual Cycle Relate to Pregnancy?

During a woman’s menstrual cycle, usually between the sixth and fourteenth day of a period with a 28-day cycle, the pituitary gland produces a hormone that causes the follicles in one of the woman’s ovaries to start maturing.

On the 14th day of the cycle, the pituitary gland increases the production of the luteinizing hormone that causes the release of a mature egg from the ovary.

Eggs, Ovulation and the Fertile Window 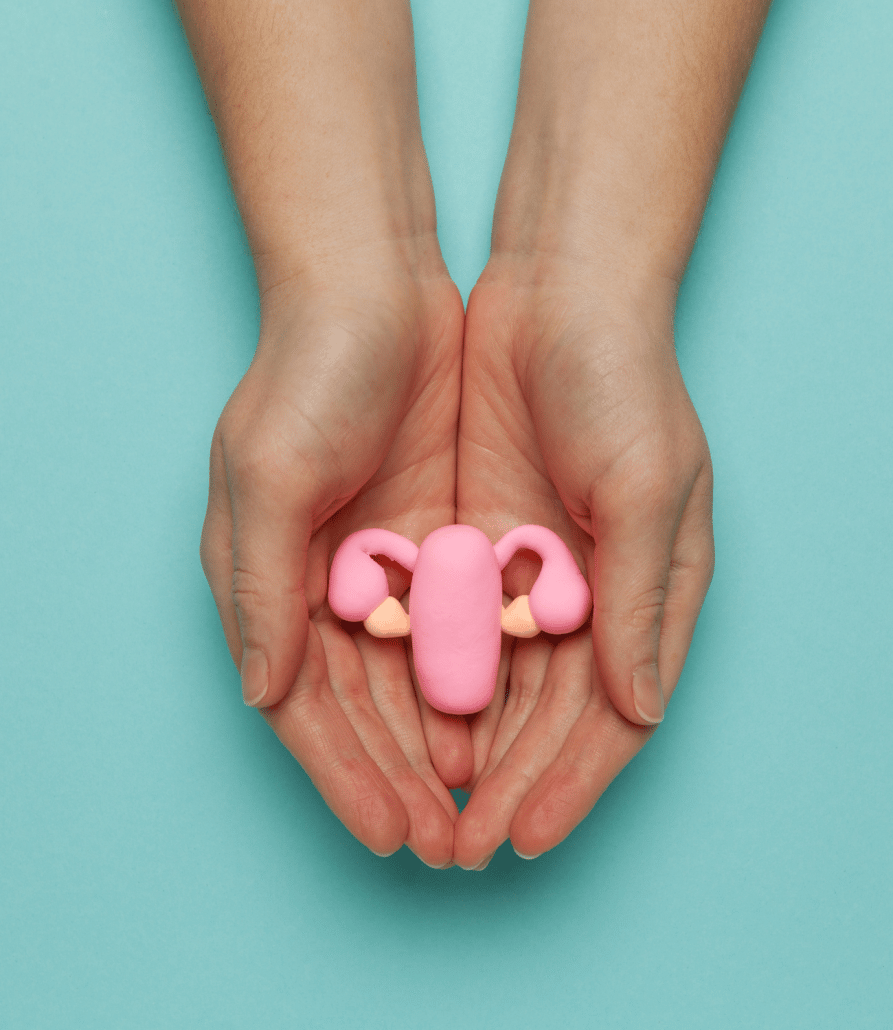 This release is what is known as ovulation and what officially starts the conception clock.

However, for conception to actually happen, the egg needs to be fertilized 24 hours after ovulation.

Otherwise, it just dies off.

A woman’s “fertile window” is the five days that lead to ovulation, the actual day of, and the day after, which makes 7 days in total. 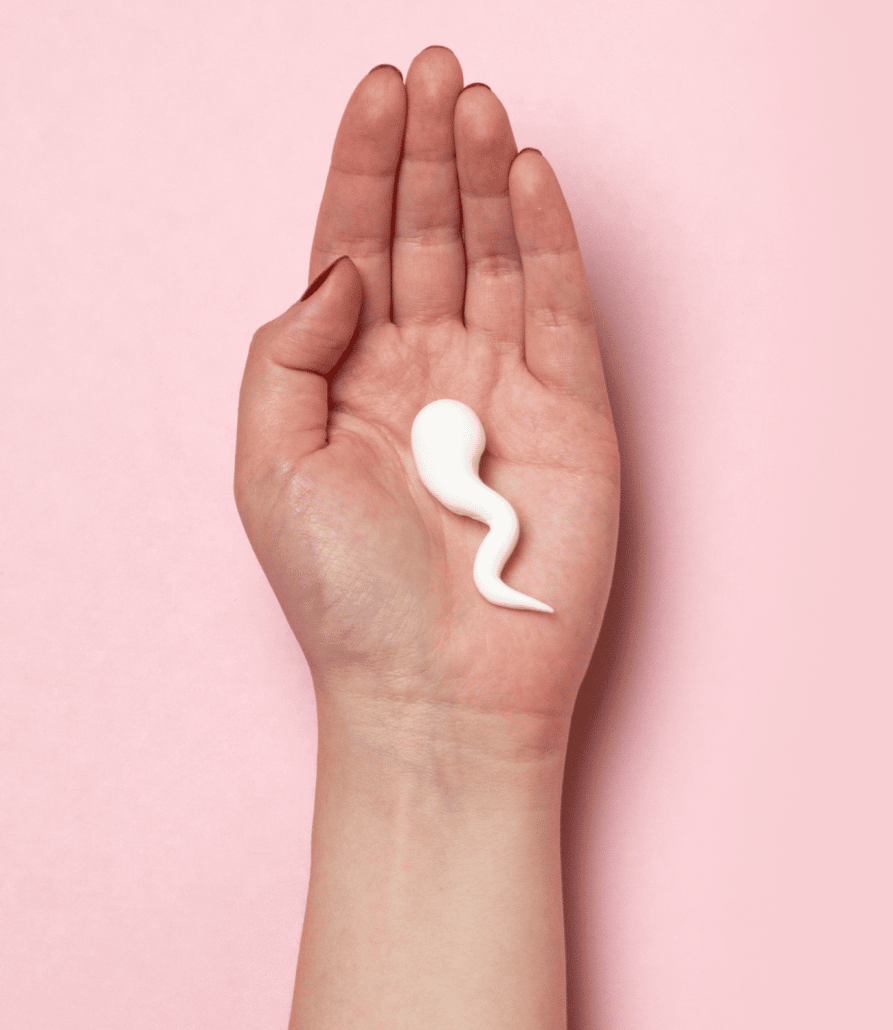 Sperms, on the other hand, are developed in a man’s testicles, which are two glands in the scrotal sac found underneath the penis. These testicles are sensitive to temperature which is why they hang outside a man’s body.

If a woman’s eggs are always dying off without being replenished, the sperm is completely opposite.

A man’s body is constantly producing millions of microscopic sperm, and this sperm produced is needed for the sole purpose of penetrating an egg.

Men aren’t born with pre-made sperm in their bodies. Instead, they are produced regularly, starting from the onset of puberty.

A sperm’s lifetime is only up to 74 days before it dies off and is reabsorbed into the body. Every time a man ejaculates, up to 500 million sperm are released. This means that there is always new sperm ready to make a baby.

For a man’s body to produce healthy sperm, his testicles have to be constantly kept at a temperature of 95 degrees Fahrenheit or about one to two degrees Celsius cooler than the regular body temperature.

Although millions of sperm are produced and released with every ejaculation, only a single sperm can penetrate and fertilize an egg.

This is true even if the baby ends up being identical twins.

However, fraternal twins are created when two separate sperm penetrate and fertilize two separate eggs in the same pregnancy.

The other sperm that remains eventually dies off within the pregnant woman’s fallopian tubes.

How Does Sperm Affect Gender? 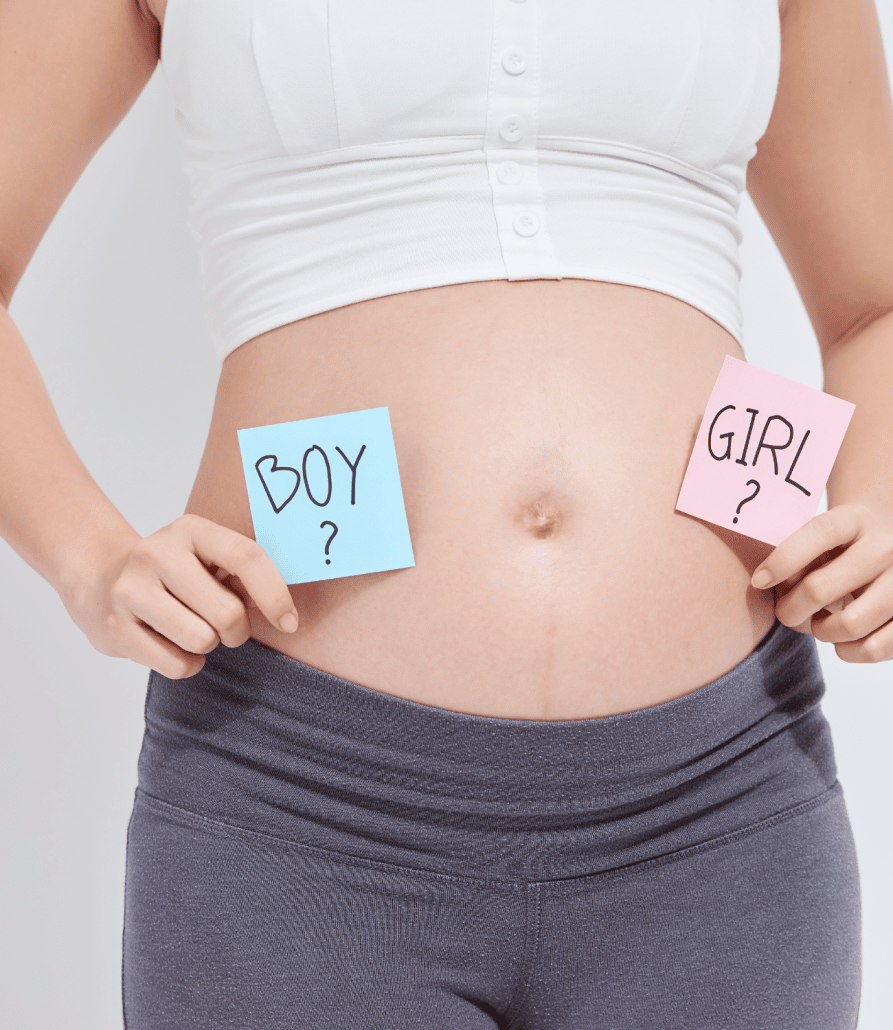 The sex of the baby is dependent on the type of sperm that had fertilized with the egg. A boy is made from sperm with a Y chromosome, while a girl is made from sperm containing the X chromosome. Although there have been myths dictating how you can control and choose your baby’s sex, there has been no scientific evidence.

Science dictates that a child’s gender is determined randomly, with no external factors that can influence it.

Let’s take a proper look at how a baby is conceived and how it develops inside the womb.

The period of time between conception and birth is referred to as gestation. Since it’s not possible to determine the exact point when conception occurs, gestational age is measured in weeks, starting from the first day of the woman’s last menstrual cycle up until the current date.

What this means is that a woman is not yet pregnant during the first two weeks of pregnancy. Instead, it is the period of time when the body prepares itself for pregnancy and a baby. Gestation normally lasts around 37 to 42 weeks.

This is when the woman’s menstrual cycle starts. At this point, no baby has been formed in her uterus. The ovary then releases an egg at the end of the second week. This is when conception is most likely to happen when the woman has unprotected intercourse.

During intercourse, a man ejaculates and the sperm enters the woman’s vagina. The strongest sperm travels through the cervix, which is the opening of the uterus and finds the fallopian tubes.

The zygote has all the DNA it requires to eventually turn into a baby, with half of the DNA coming from the sperm and the other half from the egg.

During the next few days, the zygote makes its way down the fallopian tube. On its way to the uterus, it starts dividing itself to form a ball of cells known as the blastocyst.

This ball of cells is made up of an inner group of cells, which will turn into the embryo, and an outer shell, which will become membranes that protect and nourish the embryo.

After the blastocyst reaches the uterus, it buries itself into its walls. At this point, the lining of the uterus thickens itself to support the baby. The blastocyst is continuously nourished by the blood of the mother.

This is what is known as the ‘embryonic period,’ when all the major structures and systems of the baby start to develop. Blood cells, nerve cells, and kidney cells start to form.

The embryo also rapidly grows, forming the baby’s external features. This is also when the baby’s brain, heart, and spinal cord start to form, as well as its gastrointestinal tract.

It is during this period when the baby is most at risk for any damage that may cause defects upon birth.

Their eyes and ears also start to form, as well as other tissues that will become the baby’s bones.

By this point, their arms and legs have grown a bit longer, with their hands and feet starting to form. The baby’s lungs also start to form during this period.

The baby has more developed eyelids and can close and open them. Its outer ears also start to form.

The facial features of the baby start becoming more distinct and identifiable. At this point, the baby is no longer an embryo but a fetus.

The baby’s eyelids stay closed until the 28th week. By now, the baby’s face is well-formed, as well as its limbs and other body parts, including the genitals. Tooth buds also start to show up and your baby can now make a fist.

During this period, the skin of the baby is almost transparent. Its bones start to become harder, and muscle tissue continues to develop. This is when the baby starts moving and stretching around the uterus and can make sucking motions.

At this point, the baby can now hear. It also becomes more active and begins moving and floating around. It’s when the mother starts feeling a fluttering in her lower abdomen, telling her that her baby has started to move. By the end of the 21st week, the baby can now swallow.

Fine hair starts to cover the entire body of the baby. Lashes and eyebrows also start to appear, as well as fingernails. The baby’s muscles also become stronger, causing it to move a lot more often. This is also when the baby’s heartbeat becomes audible enough to be heard with a stethoscope.

All parts of the eyes have finished developing. The baby may also become startled by loud noises. Fingerprints and footprints start to form, as well as air sacs in the baby’s lungs, although it still won’t be ready to work outside the mother’s womb.

The baby’s brain experiences rapid growth. Its nervous system will also have been developed enough to control a few body functions.

The baby can now properly open and close its eyelids.

This is when the baby starts rapidly growing and storing a lot of fat. Although its lungs have not fully matured, rhythmic breathing is still possible. The bones are soft but already fully developed. The baby also starts storing calcium, iron, and phosphorus in its body.

The baby continues to gain weight and fats start forming under its skin, removing the wrinkles. The baby’s sleeping pattern also becomes a lot more definite. The bones and muscles have also completed its development. 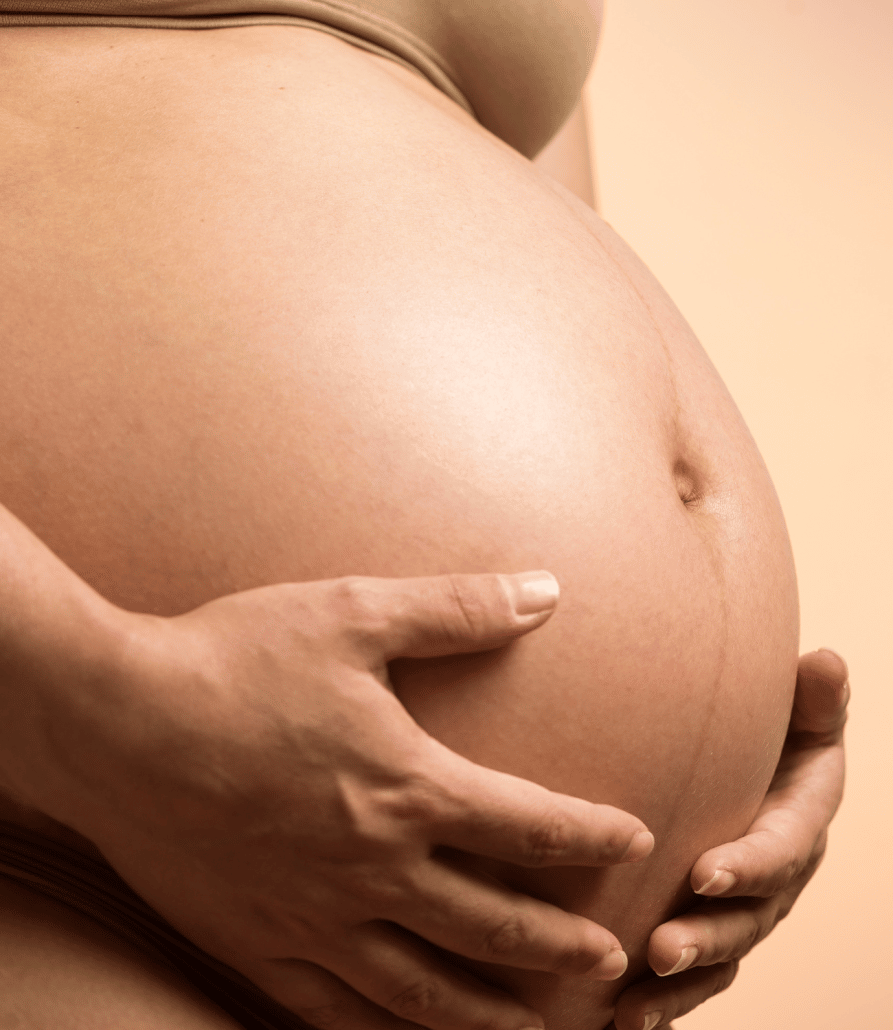 The fine hair covering the baby disappears, except for on the shoulders and upper arms. The baby starts to develop small breast buds, regardless of sex. The head hair also becomes thicker and coarser.

Any day now, the baby could be born.

How Can I Explain How Babies Are Made to Children? 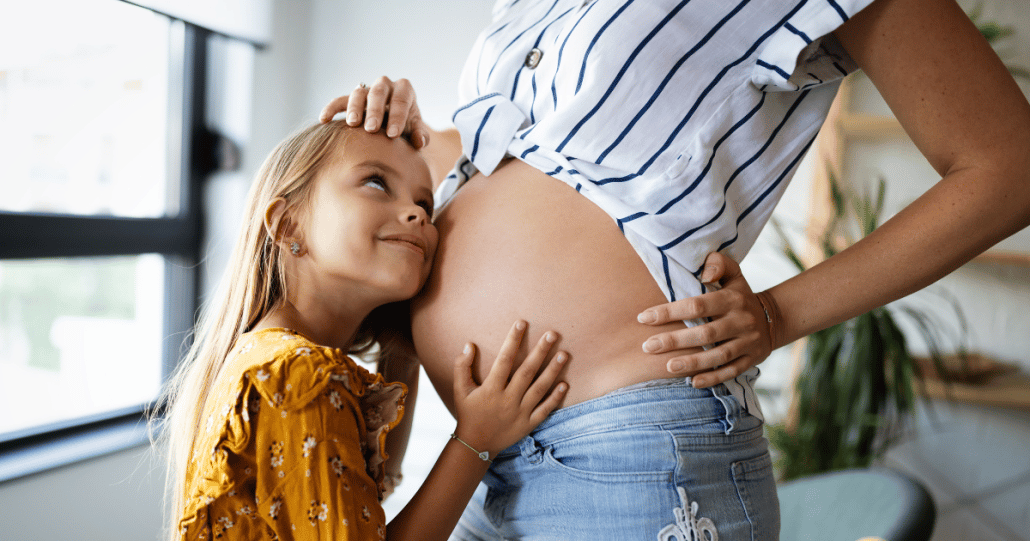 Explaining to children how are babies made can be an uncomfortable conversation for both parents and children.

When your child asks, “How are babies made?” it may leave you stumped, with a fair amount of “umming” and “ahhing”- or perhaps you take an alternative route, and get creative with your explanation, citing things such as “the stork will come and drop off the baby”.

Whilst there is nothing wrong with reacting in those ways, the best route is to answer their question accurately but in an age-appropriate way.

For younger children, a simple and direct answer such as “daddies give love to mummies, and together they make babies” works well.

For older kids, you can plot it like a story. For example, “the dad and mum give love to each other and the dad’s seed then grows inside of the mum’s womb, and the baby comes out when it is ready”.

Whilst it may be tempting to use words such as “tummy” to describe where the baby grows, it is important to use accurate terminology, such as “womb” or “uterus” to avoid confusing the child. 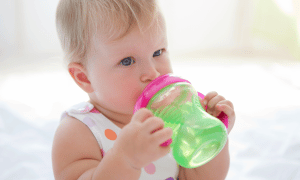 When can babies drink water?