How Long will an Ovulation Test Stay Positive? - MyBump2Baby

Ovulation tests are an irreplaceable aid used in predicting when your fertile window, and ovulation, occur.

Perhaps you have been taking your ovulation tests regularly, and noticed that you received a positive test result at the beginning of the day, and a negative result at night!

Or maybe you have been receiving positive results for several days straight now.

Whatever the reason you are here, this article will answer the question, “How Long will an Ovulation Test Stay Positive?” for you, and more.

What is an Ovulation Test? 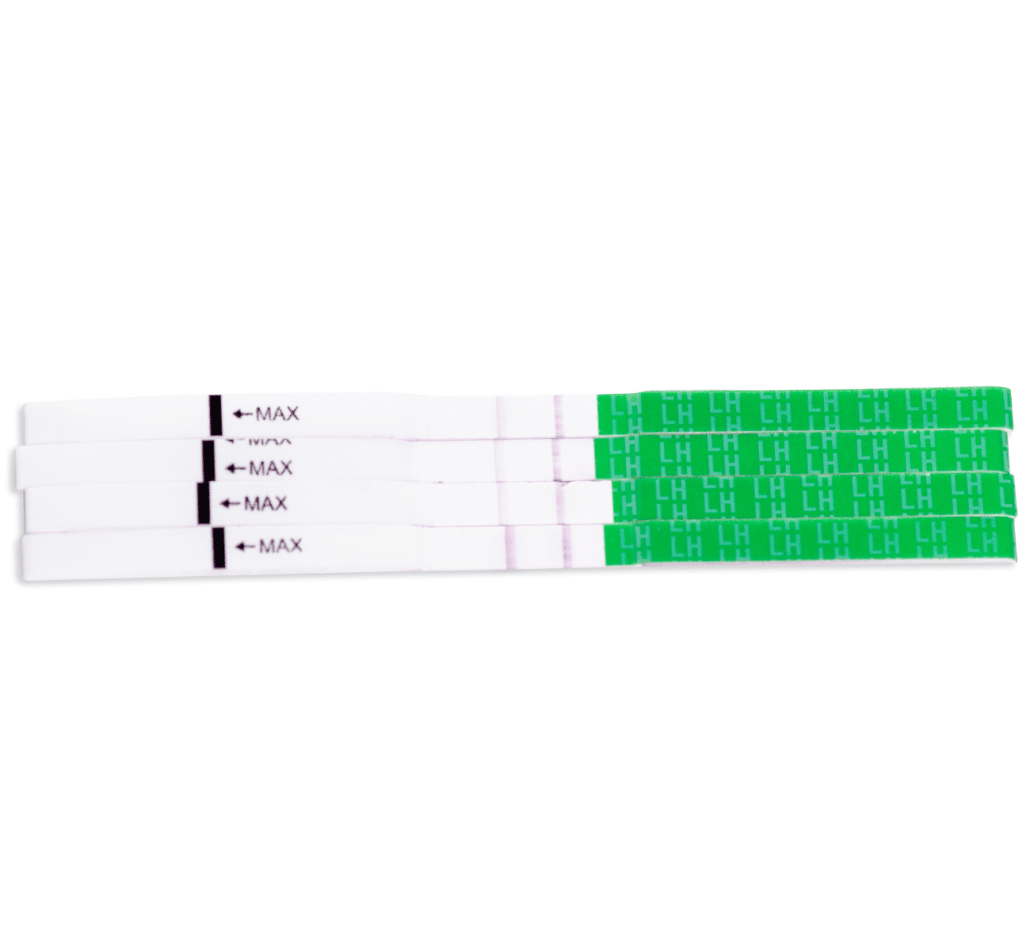 Ovulation tests are used to tell you, in advance, when you are likely to ovulate.

How Do Ovulation Tests Work?

Ovulation tests work by detecting surges in your luteinizing hormone (LH) levels through your urine.

But what is LH? 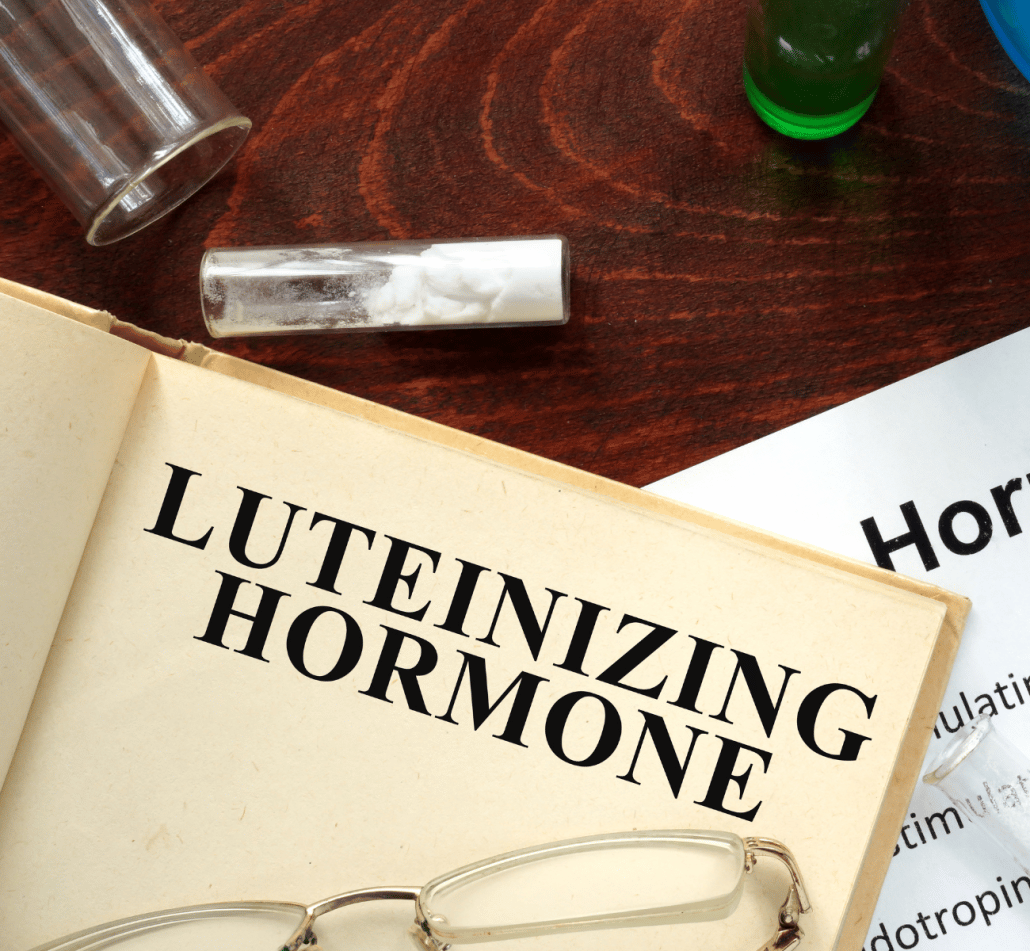 It is the luteinizing hormone that is responsible for triggering ovulation, and here is how:

Around mid-cycle- so day 14 for a typical 28-day cycle- is when ovulation begins.

Ovulation is the phase of your menstrual cycle in which a mature egg is released from the ovaries, into the fallopian tubes.

Prior to the egg’s release, it grows within a fluid-filled structure called a follicle. Many of these follicles develop each month, but only the strongest remains, whilst the others wither away.

This strongest follicle is called the dominant follicle.

Shortly before ovulation, a surge of the luteinising hormone causes the dominant follicle to rupture, releasing the egg into the fallopian tubes, where it travels towards the uterus, ready for fertilisation.

An LH surge usually precedes ovulation- however, there are some occasions where this is not the case.

Sometimes you can experience biphasic peaks (multiple peaks) in one cycle, so it is important that you are able to determine which LH surge is the correct surge preceding ovulation (i.e. the surge that causes the dominant follicle to rupture).

You can read more about how to determine ovulation using ovulation tests in our article: Can You Ovulate Twice in a Month?

What Does a Positive Ovulation Test Mean? 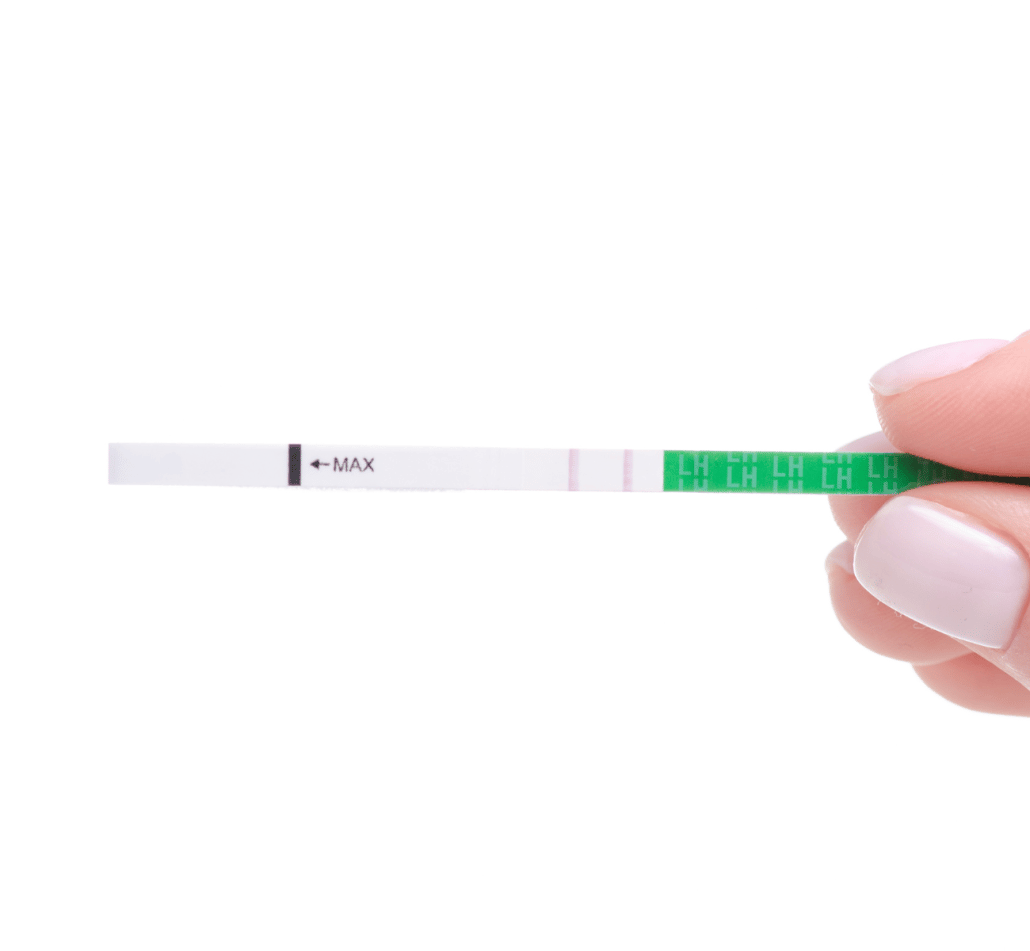 A positive ovulation test means that you are currently experiencing a surge in LH levels.

A surge in LH usually means that you will ovulate soon.

You can also determine whether you are ovulating by paying attention to potential ovulation symptoms.

Signs of ovulation include:

How Long After A Positive Ovulation Test Result Do You Ovulate?

For the majority of women, they ovulate between 24 and 36 hours after their LH surge (positive ovulation test with dark test line).

How Long Will An Ovulation Test Stay Positive? 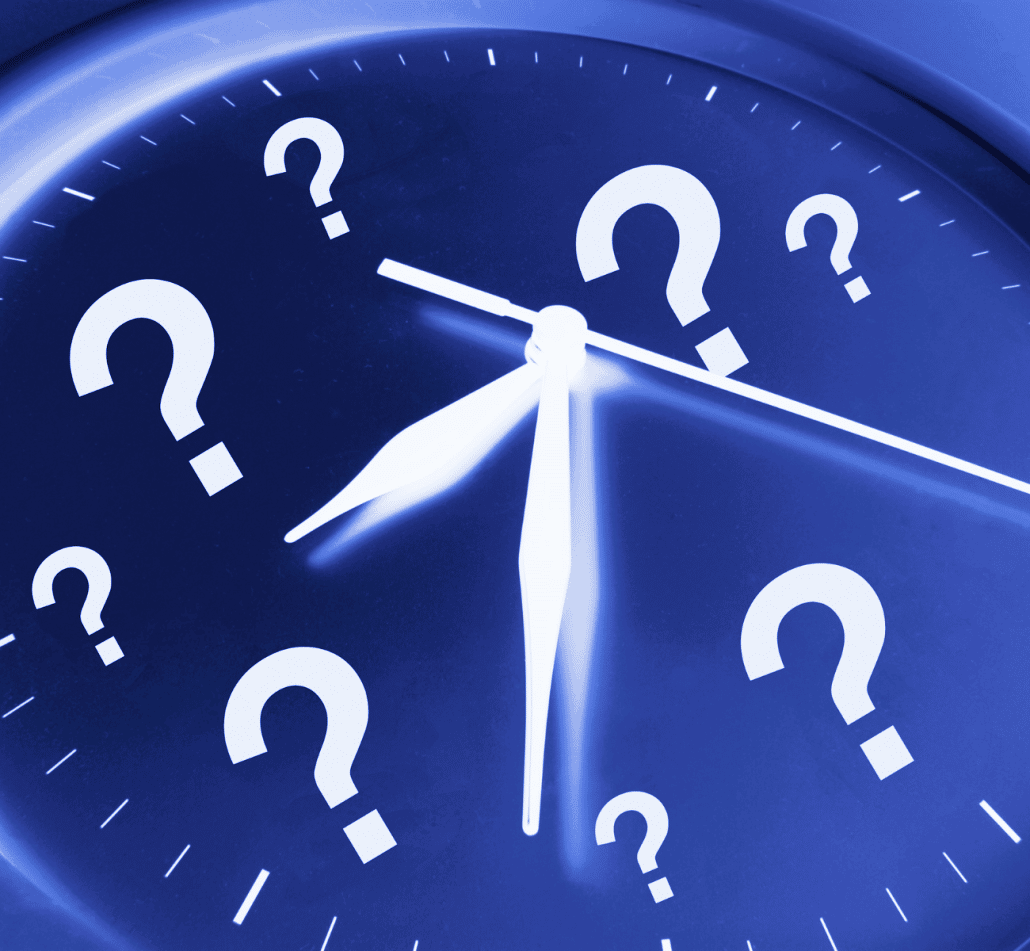 How long your ovulation test readings will remain positive depends on your LH levels.

Your LH levels must be over the threshold for a positive result, in order for your ovulation test results to remain positive.

This is called a plateau- where your luteinising hormone remains high for multiple days.

Once ovulation is complete, the LH levels then drop again to where they were prior to ovulation.

Can I Have Two Positive Ovulation Test Results in One Cycle?

Here the causes of multiple LH surges in one menstrual cycle… 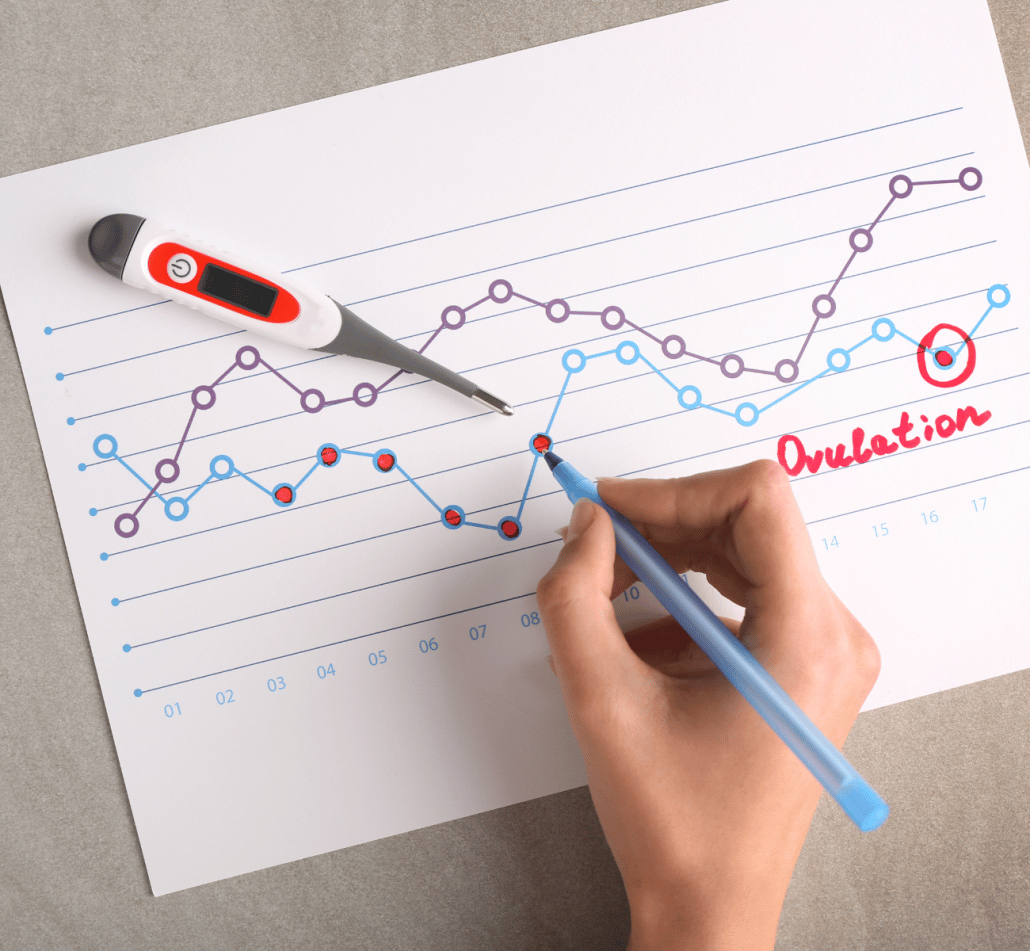 Biphasic LH peaks consist of multiple peaks and drops during the cycle.

If you are trying to conceive, it is important that you successfully identify the correct peak that correlates to your ovulation period.

You can identify this by continuing to test after your final predicted peak to ensure there are no more rises. It is after this final peak that ovulation happens.

Biphasic peaks can be caused by stress, hormonal changes or even prolonged illness.

You can read more about how to determine ovulation using ovulation tests in our article: Can You Ovulate Twice in a Month? 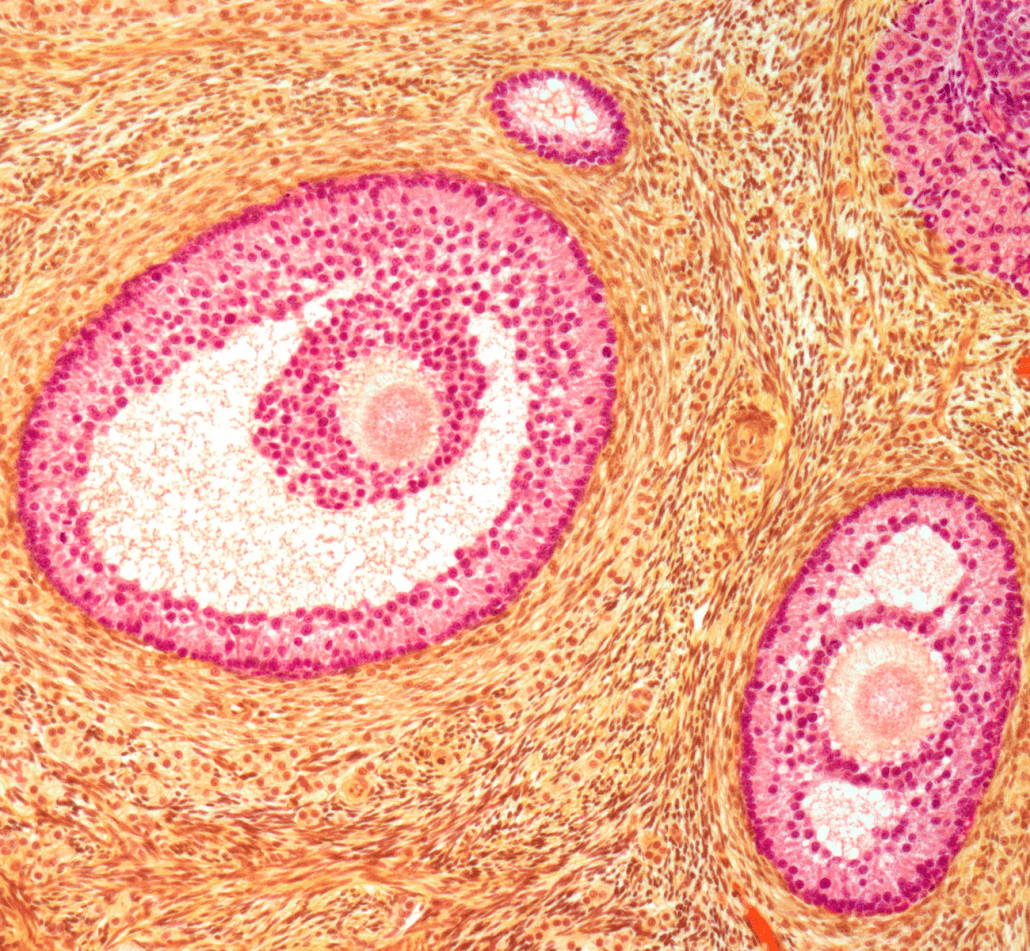 Multiple follicular stimulations can cause multiple eggs to be released in a single cycle- causing you effectively “ovulate twice” in one cycle.

But how does this happen?

We know that eggs are found within the ovaries.

As discussed above in the article, within the ovaries, are small, fluid-filled sacs called follicles.

At the beginning of every ovulation cycle, between 15 and 20 follicles grow. Eventually, all of the weaker follicles wither away, until just one follicle remains.

This is the strongest follicle- called the dominant follicle.

When ovulation occurs, this remaining follicle ruptures, releasing the egg.

You may be thinking, “but we have discussed this all already.. how does this explain Multiple Follicular Stimulations?”

Well, Multiple Follicular Stimulations happen when multiple follicles grow and mature within the ovary. This can be indicated by two peak fertility readings in one cycle.

These peak readings may be a week apart, or even three weeks apart.

These dominant follicles then rupture, causing the release of more than one egg per cycle. 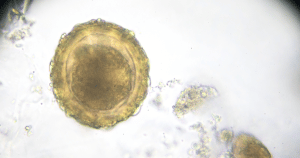 Do You Ovulate On Birth Control?