Implantation is the process where a fertilised egg implants itself into the uterine lining.

Once fertilised, the fertilised egg travels down the fallopian tubes into the uterus, where it attaches itself to the uterine lining.

After implantation, the hormone human chorionic gonadotropin- or hCG- begins to rise. It is this hormone that is detected by pregnancy tests. 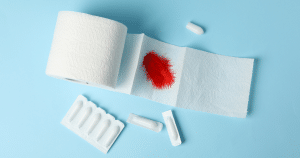 Implantation bleeding is the light bleeding or spotting that comes with implantation.

During the implantation process, the embryo’s movement may break down some of the tiny blood vessels within your uterus wall. This movement can cause some bleeding- known as implantation bleeding.

Implantation bleeding should not appear with clots, as clots indicate heavy bleeding.

How Heavy is Implantation Bleeding? 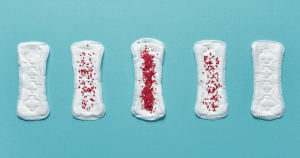 Implantation bleeding should have a thin texture, or it may be mixed in with your cervical mucus, and it should contain no clots.

When Does Implantation Bleeding Happen?

How Long Does Implantation Bleeding Last? 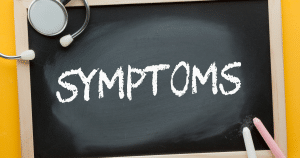 Early Pregnancy Symptoms – Other Signs that Implantation has Occurred 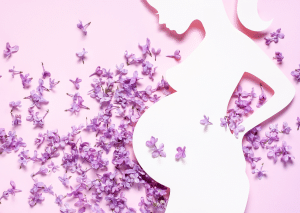 How Long After Implantation Bleeding Can I Test? 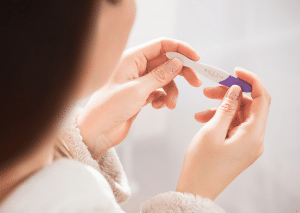 If you are in the two-week wait to take a pregnancy test, it can certainly feel like an eternity. If you are eager to find out whether or not you are pregnant, you will most likely be wondering “How long after implantation bleeding occurs can I receive a positive pregnancy test?”

After implantation occurs, your hCG levels- which are responsible for giving you that positive pregnancy test result- begin to rise.

Other Causes of Bleeding

There are several other causes of bleeding. Vaginal bleeding is usually nothing to worry about, but it can be an indicator of something serious.

Sex – Sexual intercourse can cause irritation of the cervix, which may lead to bleeding. Sex can also trigger hormonal fluctuations, which may be responsible for the bleeding too.

Infection – Sexually transmitted diseases, such as trichomoniasis, can cause light vaginal bleeding or spotting.

Miscarriage – If you know you are pregnant, and you are experiencing pain and heavy bleeding, it may be a sign of a miscarriage. If you suspect you might be having a miscarriage, you should call your doctor immediately.

Threatened Abortion – A threatened abortion is when vaginal bleeding occurs before 20 weeks of pregnancy. Most women who experience a threatened miscarriage continue on to have a normal, healthy pregnancy.

Fibroids and Polyps – These growths on your uterus can cause light bleeding.

Can Implantation Bleeding Be Heavy?

Implantation bleeding is usually light and only lasts for a very short period of time- between a few hours and two days. Implantation bleeding does not usually soak through a pad or tampon. (please note: if you suspect you might be pregnant, it is recommended not to use a tampon as it may introduce harmful bacteria into your body, which could harm the growing fetus).

What Does Implantation Bleeding Look Like in the Toilet?

In the toilet, you may notice a few light smears of pink or red blood on the toilet paper after you wipe. There would not be enough blood to change the colour of the toilet water.

What is the Difference Between Implantation Bleeding and Your Period? 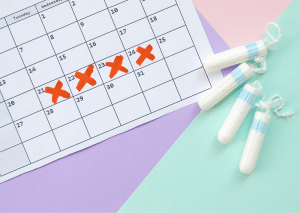 A woman’s typical menstrual period is 5 days long, although they can last between 3 and 8 days.

The period usually tends to be at its heaviest for the first 2 days. During the first two days, your menstrual bleeding will be bright red in colour. Towards the end of the period, the flow becomes lighter, and brown in colour. Women tend to lose between 5 to 12 teaspoons of blood throughout their period.

Your menstrual period is usually bright red in colour, and then becomes brown towards the end of the period.

Implantation bleeding is usually pink or brown in colour. 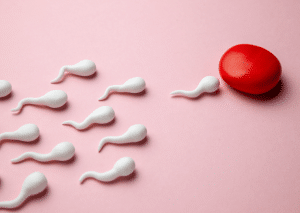 During ovulation, your estrogen levels decrease and your progesterone levels increase. These hormonal changes can cause light bleeding, called ovulation bleeding.

Ovulation bleeding occurs around the time you ovulate- so usually around mid-cycle (or 14 days into your cycle). You can use our ovulation calculator to help you to calculate when you will ovulate.

Implantation bleeding, as discussed throughout the article, is caused by the movement of the embryo implanting itself into the uterine wall, which causes tiny blood cells within the uterus wall to rupture. This can cause a light bleeding or spotting.

Implantation bleeding occurs around the same time that you expect your period.

When Should I See My Doctor?

If you are experiencing heavy bleeding or painful cramping in between periods, or if you are soaking through more than tampon or pad in an hour, you should seek medical attention. 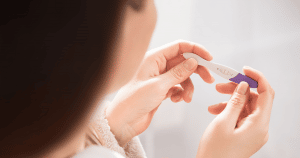