We feel privileged at MyBump2Baby to be able to share real life birth stories with our readers. Today’s story highlights Intrahepatic Cholestasis in pregnancy, written by Emma Little Bonixo. It’s so important to share stories like this one so that we can raise awareness and offer more support to those in need.

Looking back at my first pregnancy and throughout my second I hadn’t even heard of this. My first pregnancy I was fit and healthy and got induced at 41 weeks. My labour was straight forward and baby Max was born within 6 hours! We had a rocky start at parenthood with Max, having horrendous colic and no sleep! So When I fell pregnant after 9 months I thought well I have another 9 months to get on top of this, and by 18 month old Max will be more settled in a routine and we can do it all again. 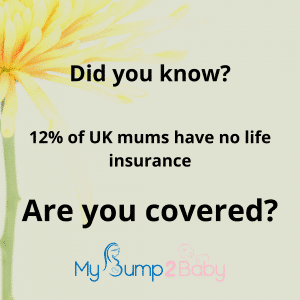 “I couldn’t stop itching my hands”

Pregnancy seemed like the easy part to me, I carried small second time around and continued with normal activities up until around 30 weeks when I contracted an awful winter cough and cold which just wouldn’t shift! I was totally worn out over the Christmas/ New Year period and Max was still not sleeping and full of energy all day long. At 35 weeks I began noticing that I couldn’t stop itching my hands and the soles of my feet. I struggle with seasonal eczema but this was something else. The urge to itch was unbearable and constant. It felt like something toxic was underneath my skin, and became worse at night. I was 3 days away from my midwife appointment so thought I’d bring it up then and just applied emollient creams and cool water. I still had this continuous cough so put it down to being run down.

Time to get to the bottom of this

I attended my midwife appointment and after the normal checks I mentioned the itching. She asked how severe it had become so I told her the above, she explained all my check ups until then were fine, but would send bloods off, to test for Cholestasis in pregnancy. I hadn’t even heard of this until that moment, so quickly went on Google. ICP is potentially a serious liver disorder that can develop in pregnancy, the bile acids from your liver do not flow properly and build up in your body instead of flowing to your gut. This causes intense itching. There is no cure for ICP but should go once you’ve had your baby. Because of the link with stillbirth, you may be offered induction of labour anytime after 35 weeks. So, my hopes of having a natural, water birth labour were gone with my blood test results coming back with positive ICP. 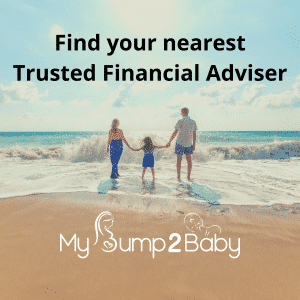 “My blood levels were extremely high”

I was told by the midwife to go straight to the hospital that afternoon as my blood levels were very high. I was recommended an early induction at 36.2 weeks and was sent home for the weekend with aqueous creams and anti-histamine for the itching. The next week became a blur, admitted to hospital Tuesday morning for induction via pessary, nothing happened after 36 hours (not even a niggle). I then had a further 12 hour wait for a bed to become available on the labour ward where they would attempt to break my waters. Nothing started moving so I was given the intravenous drip at midday, after another rapid labour our beautiful Ben was born at 4:15pm.

All the waiting was the hardest, the doctors telling me I had to be induced and then being sent home for 4 nights, the 2 days in hospital after being induced and nothing happening, all whilst spending time away from your toddler and husband. Luckily all the itching went away a few hours after birth, and I feel blessed that I only contracted this at 35 weeks (Honestly don’t know how I would have managed the itching any longer). It affects 1 in 140 women in the UK from around 30 weeks, but it’s possible to develop the condition as early as 8 weeks.

Since birth, Ben has struggled with eczema and has thinner enamel on his teeth, meaning he attends the dentist every 3 months for a fluoride toothpaste and check up. I’m not sure any of this is related to my pregnancy, but I believe it is an effect of me being so run down and then contracting ICP.

When I found out I was pregnant again, my main worry throughout was ICP, as you are more likely to develop it again. I was dreading the start of it, the whole pregnancy became very stressful. However, everything ran smoothly and I had a non-induced natural labour third time round. 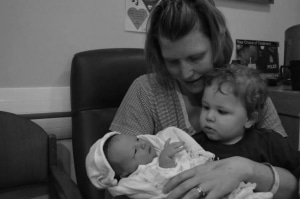 Your Ultimate Guide to Paternity Leave in the UK

5 Ways to Keep Fit on a Busy Schedule