We were incredibly sad to hear about the closure of 6 mamas and papas stores. Will 2020 be the death of the high street? Do you shop online to save time and money? We would love to hear your thoughts. 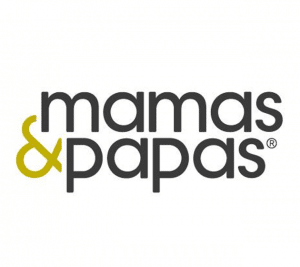 Only 6 days ago Mothercare announced that they had gone in to administration. And today, Mamas and Papas have announced the closure of 6 stores. The retailer has now made 73 staff members redundant with immediate effect and a further 54 roles are now at risk.

Mamas & Papas announced that its unprofitable stores in Aberdeen, Preston, Milton Keynes, Lincoln, Leamington and Fareham have closed this Friday. Mamas and Papas have stated that its remaining stores will continue to trade as normal, they have also announced that going forward they are looking to “simplify” operations at their head office in Huddersfield, which ultimately could lead to further job losses.

Mamas and Papas was founded in 1981 in Huddersfield by David and Luisa Scacchetti and rapidly grew but was bought by Bluegem after a restructuring process only five years ago.

Riccardo Cincotta, executive chairman of Mamas & Papas, said: “These actions are always difficult but they are also necessary in a challenging market to ensure Mamas & Papas achieves its considerable future potential. We remain fully focused on maintaining our position as the UK’s most popular nursery brand. We will continue to review our store portfolio in the light of customers’ changing behaviour and we remain fully committed to an omni-channel offering that reflects their evolving needs.”The retailer said all customer orders, including outstanding orders placed with the closed stores, are unaffected by the administration and will be “delivered on time without disruption”

Thoughts are with all those who have been made redundant.

80 sibling quotes
View Cart Checkout Continue Shopping
Cookies help us deliver our services. By using our services, you agree to our use of cookies. Find out more.
Scroll to top