Spotting After Period Ended - Could I Be Pregnant? - MyBump2Baby

If you are experiencing spotting or light bleeding after your period- it may be something called implantation bleeding: a sign that you are pregnant.

There are also other causes of spotting between periods that are not caused by pregnancy. Read on to find out more. 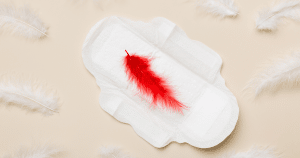 If fertilisation does not occur, the egg is reabosrbed by the body . Two weeks later, the thickened uterine lining sheds and exits through the vagina as vaginal bleeding. This shedding of the uterine lining is your menstrual period.

If the egg is fertilized within the fallopian tubes, then the thickened uterine lining is maintained by the hormone progesterone- which rises more and more as time after the fertilisation progresses.

When the fertilised egg implants into the uterine lining, it can cause some blood vessels in the uterine lining to break, causing light spotting. This is called implantation bleeding and it typically occurs between 10 and 14 days after conception.

Implantation bleeding is a sign of pregnancy and it is often one of the first pregnancy symptoms that women experience. It may also be accompanied by mild cramping: called implantation cramping.

Other Symptoms of Early Pregnancy / Implantation:

The Difference Between Spotting and Your Menstrual Period

If your period has recently ended, and you are now experiencing more vaginal bleeding, it may be a sign that implantation has occured. However, it may also be that you are having an irregular period this month- which can be caused by a variety of things, such as hormonal changes, weight loss, extreme physical exercise, stress and more.

Here is how you can tell the difference… 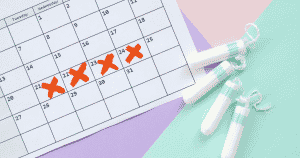 How soon after Implantation Bleeding Can I Take A Pregnancy Test? 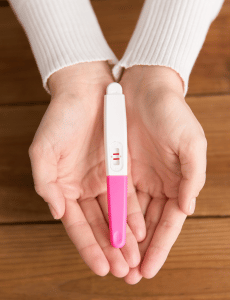 Around four to five days after implantation bleeding, your hCG levels are high enough to be detected in a blood test.

However, for home pregnancy tests, it takes a little bit longer: with your hCG levels not being high enough until up to 7 days after implantation bleeding occurs.

Other Causes of Bleeding between Periods

We have discussed that implantation can cause light bleeding between periods, however, there are also several other causes of this irregular bleeding:

Polycystic Ovary Syndrome (PCOS) is a common condition which affects how your ovaries function. The three main associated issues that come with PCOS are as follows:

Ectopic pregnancies (pregnancies which grow outside of the womb- usually in one of the fallopian tubes) can cause bleeding between periods, in addition to the following symptoms:

If you believe that you may be having an ectopic pregnancy, you should contact your doctor, as it is a medical emergency.

Birth control pills, or emergency contraception such as the morning after pill, can cause vaginal bleeding between periods.

Bleeding experienced between periods whilst on the birth control pill is called breakthrough bleeding.

Sexual intercourse can cause light vaginal bleeding if you are experiencing vaginal dryness.

Irregular periods or menstrual cycles may also be the cause of the irregular bleeding that occurs after what you thought was the end of your period.

Between 9 and 14 percent of women experience irregular periods. Irregular periods can be caused by a variety of things, such as hormone imbalances, stress, being underweight, extreme exercise and more. 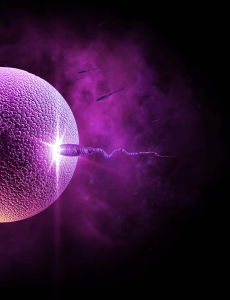 Ovulation is the process where an ovary releases a mature egg into one of the fallopian tubes, ready to be fertilized.

Ovulation can cause a light bleeding or spotting: called ovulation bleeding.

Ovulation bleeding is caused by the sudden hormonal changes during ovulation: specifically, the drop in estrogen levels.

It typically lasts between one and two days within the ovulation window.

Pelvic Inflammatory Disease is an infection of the female reproductive system, which includes the fallopian tubes, uterus and ovaries.

Pelvic inflammatory disease is rare, with only 4.4% of sexually experienced women between the ages of 18 and 44 suffering from the condition.

Symptoms of PID include:

Rare symptoms of PID include:

If you experience any symptoms of PID, you should consult a medical professional, who will help to diagnose the issue. If you are experiencing severe pain, you should go straight the GP or A&E.

It is best to seek medical advice, in order to rule out any harmful causes.

Below are some links which you can access for more information about support about the medical conditions or infections discussed in the sections above: 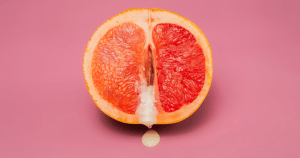 Discharge Before Period VS Early Pregnancy