When Can a Baby’s Gender Be Determined - MyBump2Baby
Baby, Toddler & Family Directory

Desperate to know pink or blue? Will you be buying pretty little dresses or action hero suits? When can a baby’s gender be determined?

Baby’s gender can be usually confirmed by the second scan often known as the 20-week scan. Although your babies gender is fixed at birth, being able to confirm the gender early is not always possible.

All embryos have a small swelling around the genital area and both sexes look very similar in the early stages of pregnancy. Changes slowly begin around the 11th week of pregnancy which is why it is often impossible for the sonographer to be able to confirm your babies sex at the 12-week scan. My 12-week scan ended up falling around week 14 and the sonographer can sometimes tell you by this stage however they do not like to as there is a chance they could still get it wrong.

The second scan (20-week scan) is usually carried out between week 18 – week 21, this scan is to look for any abnormalities that the baby could have. The purpose of this scan is not to find out the babies’ gender however if you ask the sonographer they should be able to tell you, unless they are one of the listed hospitals that will not tell you the sex of the baby and if that is the case you may have to book a private scan to find out. I have a friend that went for a scan at 20 weeks and because the baby had her legs crossed they couldn’t see the sex and my friend had to then book a private scan.

When I was pregnant with George I was desperate to know the sex of the baby. I felt like I could then start buying clothes and could start thinking about how to decorate his bedroom. I also personally felt like I would be able to bond more with my bump once I know what it is. It was just before Christmas and I was 16 weeks so I booked a gender scan. It was around £80 and it was brilliant. I couldn’t believe the difference from the 12-week scan to 16 weeks. George was rubbing his eyes and yawning and it just made me feel so excited. It was at that point I felt like I knew him. The only problem with the gender scan is that they offer so many extras for example; teddies with your babies’ heartbeat inside, video, picture frames, keyrings etc. that you could end up spending hundreds of pounds in the space of minutes.

Other Ways to Determine Gender

Cell DNA tests are carried out by taking a sample of blood or urine from the mother, not only do these test screen for abnormalities but they can also tell you the sex of your baby. Not many places offer this service and it is very expensive.

The Ramzi method is a very new method that is growing in popularity. It works by using an early ultrasound (as early as 6 weeks) and it works out the gender by locating the placentas position. A lot of sonographers do not offer this as it is still very new but you could ask, you may be surprised. 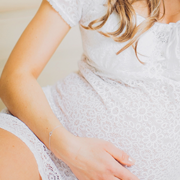 When Do Babies Get Hair?
0 replies

When Do Babies Get Hair?
View Cart Checkout Continue Shopping
Cookies help us deliver our services. By using our services, you agree to our use of cookies. Find out more.
Scroll to top