Ashley Cain took to social media to announce that his daughter, Azaylia, has been rushed back to hospital after bleeding from the nose.

The ex-Tamworth, midland football and  Ex on the Beach star said in his instagram video: “because of her blood cancer it eats away at the parts that clot the blood so the lack of platelets means she can bleed from the inside and that’s why her nose is bleeding..”

He then continued to say, “That’s no way for Azaylia to go, especially as she’s been so lively and happy today so we knew what we needed and it was a platelet transfusion.”

The 30-year old star urges parents to “know their stuff”, saying “By taking pride in your child’s care and not leaving it to anybody else you know certain things that can preserve your child’s life or even give them an extra day or two days on this planet because every moment is precious and I want every parent going through this to understand that.”

“Azaylia had a 30min transfusion, but this didn’t stop the bleeding over night, I put her on her observation machine so I could keep an eye on her oxygen & heart rate levels for reassurance.”

‘I have the privilege to wake up this morning and watch her open her eyes and play this is precious. Tomorrow isn’t promised to anyone, waking up today is the blessing itself’.

After the “intense” moments, in hospital, leading up to the platelet infusion, Azaylia is “now home safe”.

Last week, after doctors revealed that no further treatment was available for the 8month old’s leukaemia, Ashley and his partner, Saffiya, have promised to make her final days “as fun as they can”.

Announcing the news on her Instagram, posting a photo of her son Ronnie, she wrote:

“It is often in the darkest skies that we see the brightest stars.  Baby Hinch Number 2, We can’t wait to finally meet you.  Happy New Year everyone… from our little family to yours… We hope your 2021 is filled with hope, health and happiness.  We love you all”

We want to wish a huge congratulations to Sophie, Jamie and soon to be big brother Ronnie! 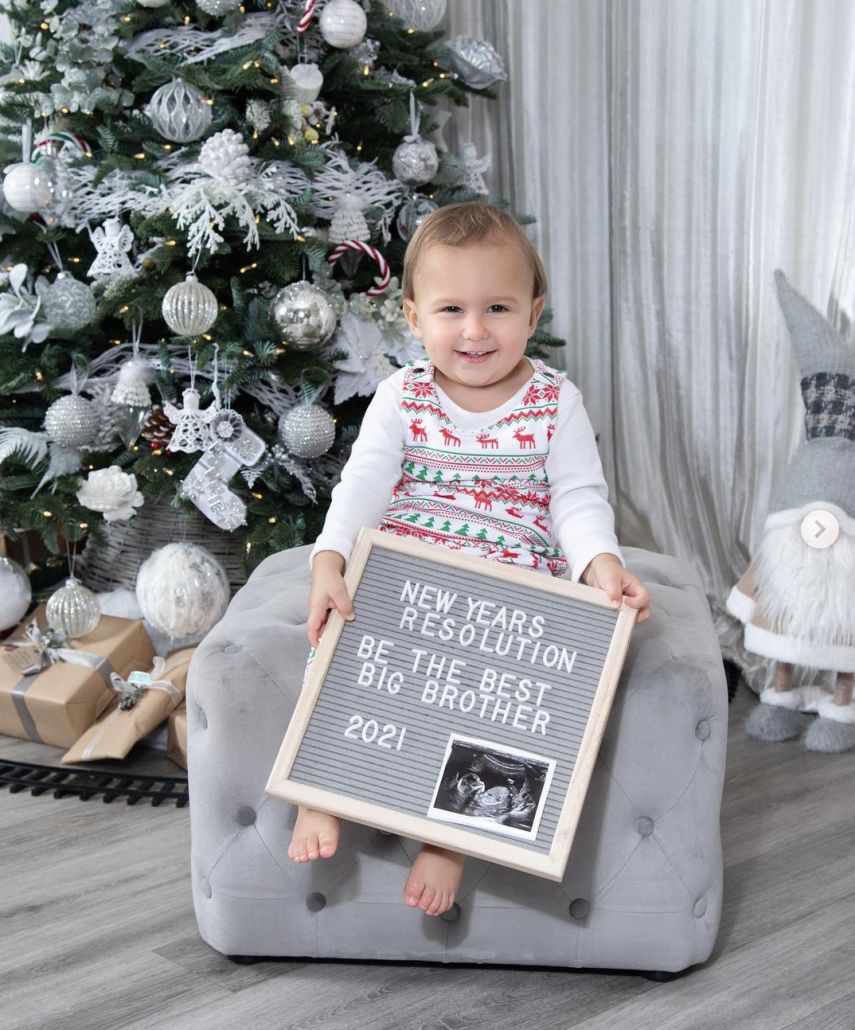