Is Sharp Pain in Cervix an Early Pregnancy Symptom? Everything You Need to Know - MyBump2Baby

The cervix is found in the lower part of the womb or uterus.

Usually, sharp pain in the cervix is a common symptom of early pregnancy, which is attributed to muscular and hormonal changes. Although natural during pregnancy, this pain can cause discomfort.

Still wondering: “Is a sharp pain in your cervix an early pregnancy symptom”? You are on the right page.

In this article, we will look into possible causes of the pain. We will also try to understand the other common symptoms of early pregnancy and the reasons why. 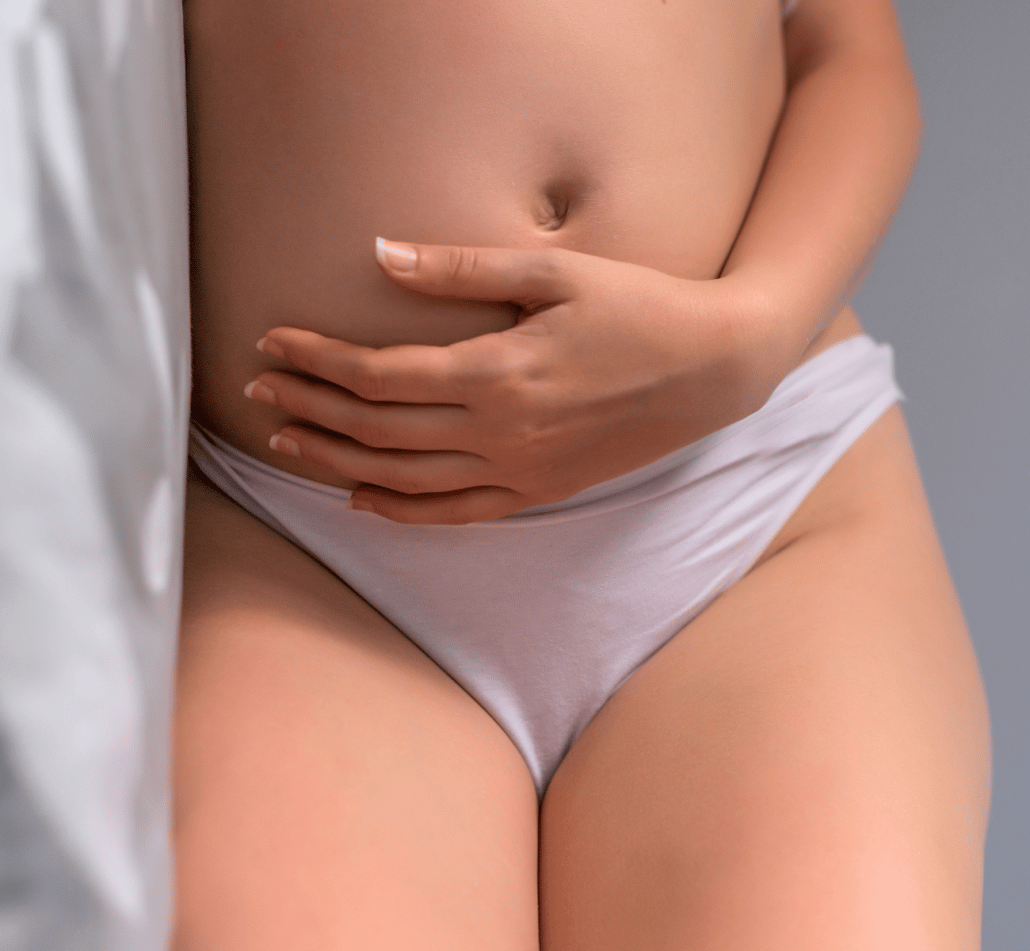 It’s common to experience uterus pain in the early stages of your pregnancy. The pain ranges from mild to sharp, and the causes vary.

While most of these causes are not serious, some may need medical treatment.

The size of the uterus is smaller at the start of your pregnancy than how it would be in your second and third trimesters.

This may explain the pressure in this part of the body causing pain during pregnancy.

The excess weight may be causing fatigue, or the pain may also come from the action of the uterus as it pushes the other organs.

Here are the common causes of cervix pain in the early part of your pregnancy: 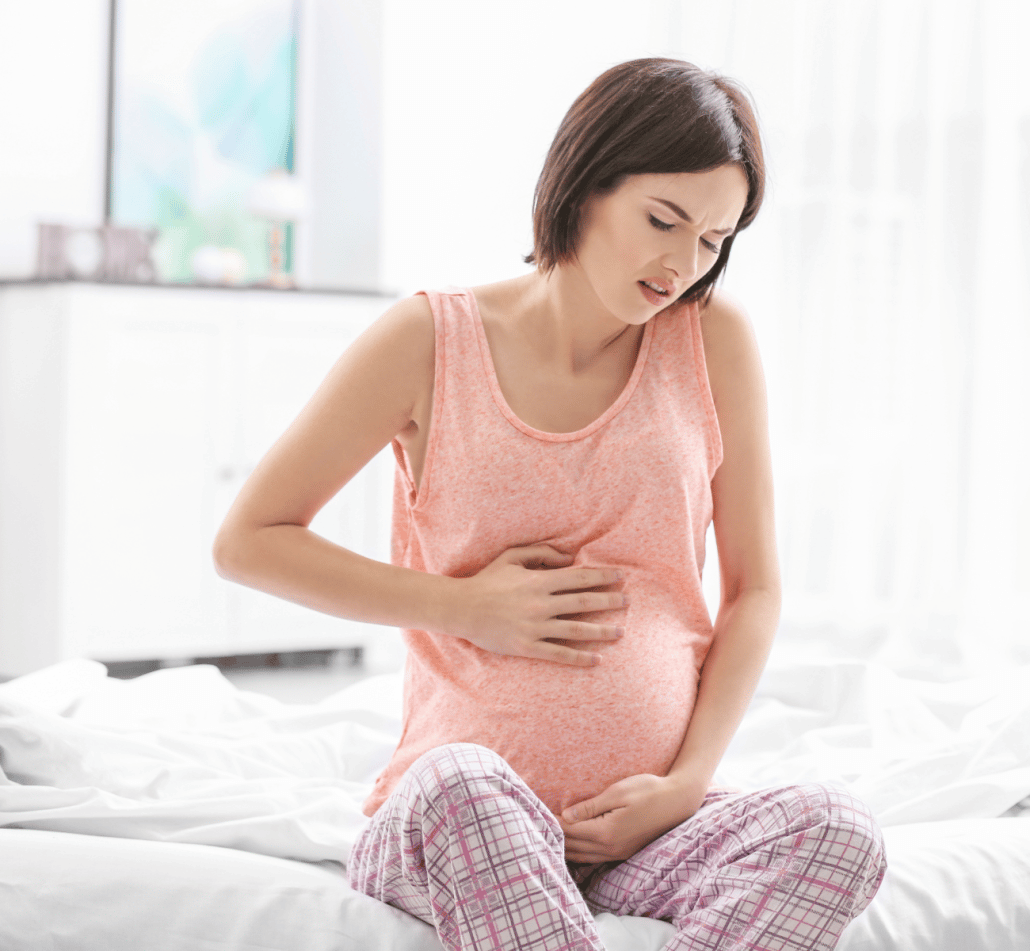 Many women experience pain similar to menstrual cramps early in their pregnancy. This may be due to the increasing levels of progesterone or the expansion of your uterus.

Cramping is common and temporary. However, if it gets severe or lasts for several hours and happens along with bleeding, you need to seek emergency help at once. This is because it could be a warning sign of pregnancy loss.

This is more commonly experienced at the beginning of your second pregnancy, though it can also be felt when you first conceive. This kind of pain may get worse through the months. But rest assured that it won’t affect the developing fetus.

Most pregnant women that experience this pain have weak pelvic floor muscles or have gone through pelvic floor injuries. This can lead to other symptoms, including leakage in the bladder when sneezing or jumping.

Some women experience pain due to past injuries in their pelvic floor, such as episiotomy or tearing while giving birth. Generally, pelvic floor pain is caused by hormonal changes and the stretching of your uterus.

As the uterus grows, shifting happens around the ligaments to support it. This causes a sharp pain- usually in your lower abdomen- lasting for a couple of seconds. It’s like a stabbing sensation that you’d feel without warning and it can happen on either or both sides of the abdomen.

It typically happens when there is a sudden change in movement, when you roll over in bed, or when you sneeze or cough. The pain may be uncomfortable, but it’s normal and temporary. It isn’t a symptom of anything amiss with your pregnancy.

The pain may also be due to less common causes, including the following:

You may already be suffering from health concerns that do not have anything to do with your pregnancy. However, abdominal pain or gastrointestinal pain is always mistaken for uterus pain most of the time.

For instance, constipation causes shooting and sharp pains that may easily be construed as uterus pain. You may also perceive other issues causing abdominal pain as uterus pain, such as problems with the bladder, kidneys, and liver.

This condition happens when the egg grows outside of the uterus, and it can cause stabbing pain in some women. This is a life-threatening condition that your doctor needs to catch early.

Some of the factors that increase a woman’s risk of having this type of pregnancy include: 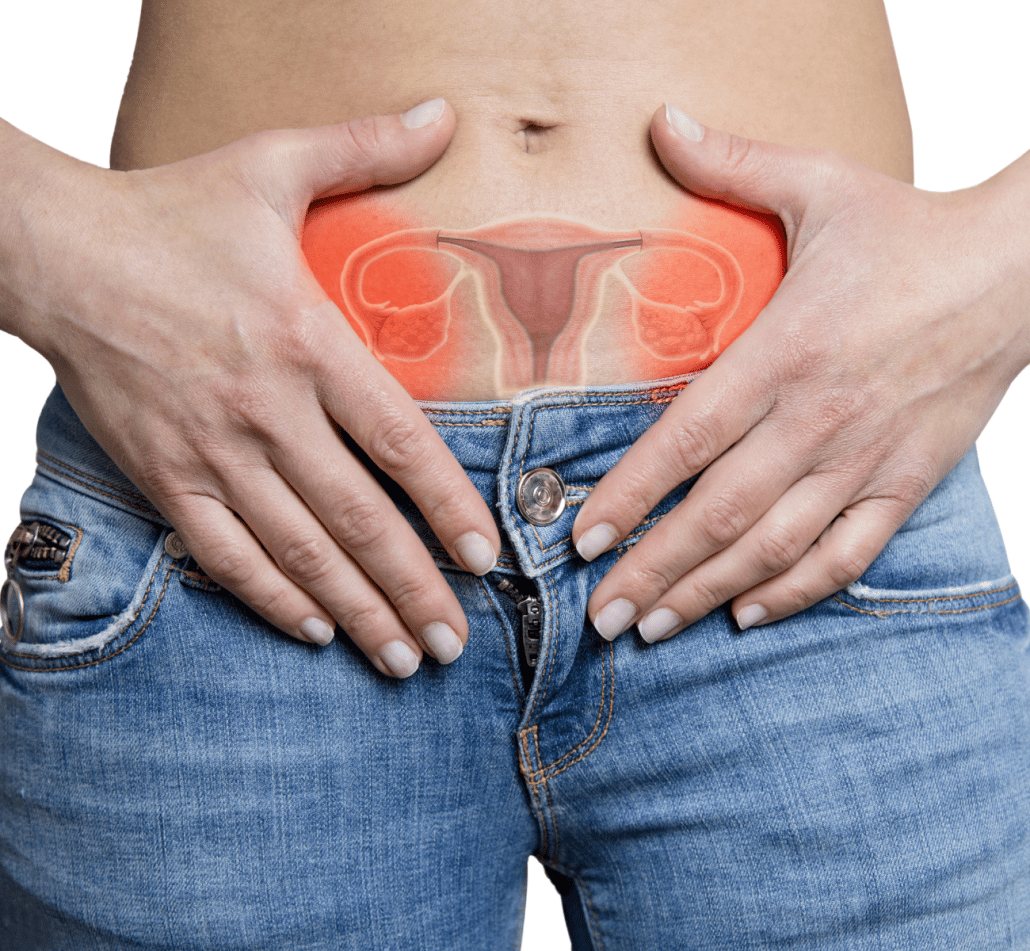 Another less common cause of sharp pain in the cervix is ovarian torsion. Some women experience this despite the lack of warning signs. However, some suffer from the pain after finding out they have an ovarian cyst.

The condition may happen while you’re pregnant, but it doesn’t mean it is the cause. The pain comes from the fallopian tube or ovary twisting around the surrounding tissues.

It’s a medical emergency that needs prompt treatment to increase the chances of survival for both the mother and the baby. If not, it may cause a rupture in the ovary, leading to uncontrollable bleeding.

The pain caused by ovarian torsion is sharp, gets worse, and won’t go away. It can also become too overwhelming and may lead to fainting or vomiting.

Is it Normal to Have Sharp Pains in Vagina During Early Pregnancy?

Sharp shooting pain in the vagina can also happen during pregnancy and is referred to as a lightning crotch.

You can also experience pain in the pelvis or rectum.

The pain feels like a stabbing sensation that can stop you from whatever you are doing.

Many women do not experience the symptom while pregnant. But those who do feel the pain in the latter part of their pregnancy.

Here are some causes of the pain related to pregnancy:

The pain may arise from sudden movements causing the ligaments to stretch too fast or too far.

Dropping happens when the baby’s head puts increased pressure on the bladder and pelvic floor. It occurs as the baby moves to the bottom part of the uterus in preparation for labour.

As the baby in your tummy grows, they are likely to make some movements that can create a stronger impact and more pain. Your nerve will experience pressure as the baby kicks, turns, or stretches during pregnancy.

How Does Your Cervix Feel in Early Pregnancy?

The cervix changes its texture and position in early pregnancy. The changes may be subtle, making many women fail to detect whether or not they are pregnant. Since you cannot trust the changes or pains in the cervix as signs of pregnancy, you must use a pregnancy test to be certain.

However, you can perform a self-check of your cervix at home. This will make you aware of the changes happening during ovulation and the early part of your pregnancy.

First, make sure your hands are clean before checking your cervix and inserting your finger into your vagina. The cervix feels like a small bump. It is situated near the stomach and at the top wall.

If you are not pregnant, you will find the cervix higher in the vagina while you are ovulating. After this stage and before your period, your cervix will drop low in the vagina if you have not conceived.

However, if you are pregnant, the position of the cervix will remain the same as when you were still ovulating.

Sharp pains in the cervix commonly happen in the early part of the pregnancy. This may be due to changes in the muscles and hormones. However, there are also certain pains you might mistake as cervical pains, such as constipation and abdominal pain.

Ensure that you keep your doctor updated throughout your pregnancy. You must also seek emergency treatment for pains that last for several hours, especially those accompanied by vaginal bleeding.