Today we have an article on Pre and Post Nuptial Agreements from Meadows Ryan our chosen family law experts in Weybridge and Walton on Thames.

We all want security and stability within our lives. A lot of the time this is not achievable. However, one area where you can create security and stability is your marriage. Whether you are already married, about to get married or enter into a civil partnership; putting a nuptial agreement in place can help with logistics.

There are two types of nuptial agreements:

The Pre-nuptial agreement, which is made prior to the marriage or civil partnership; or

The Post-nuptial agreement, which is made after the marriage or civil partnership.

These agreements have the same effect, and you should not be deterred in making a post-nuptial agreement if you think it is too late, it’s not. A post nuptial agreement can be made at any stage post the legally binding marriage or civil partnership.

These agreements set out the ownership of items and how these should be divided if a separation, divorce or dissolution should occur. They can also help give guidance on children, pensions, inheritance and more.

Post and Pre-Nuptial agreements are not legally binding. However, recent case law shows that the courts are willing to be heavily influenced by these agreements and therefore in turn enforce them. Creating a pre/post nuptial agreement can lead to open conversations that can be healthy for a relationship and so that any contentious points are worked on prior to a conflict.

As a couple, you can decide what goes into your nuptial agreement. There are no standard terms that are mandatory to include. Therefore, when making an agreement it can be as concise or comprehensive as you choose and only include what you wish to cover.

This flexibility does still come with several formalities that are needed to make an agreement viable to be upheld in court. These include: making sure the agreement is signed at least 21 days ahead of the wedding (if a pre-nuptial agreement), the agreement should not be made under undue influence or for fraudulent purposes, each party should have independent legal advice before signing, there must be sufficient depth to the information provided e.g. Financial wealth and; finally no pre or post nuptial agreement should be drafted with the intention to avoid financial responsibility for any of the parties children.

One of the most important parts of any nuptial agreement is that it is well drafted. Any agreement that conveys unfair favour to one party or an agreement that does not account for circumstantial and financial changes over time may do one of the parties an injustice and the courts may not give the agreement as much weight in proceedings.

Christian Ablesthauser and Jodie Care are a part of our family team that can help you plan for the future with a nuptial agreement either pre or post. They are also highly experienced in other relationship and family matters such as: Child Proceedings, Financial Ancillary Relief, Separation, Domestic Violence and Harassment. To contact them for advice or help, you can either call Meadows Ryan on 01932 852 057 or email [email protected] quoting “Bump4Baby”. 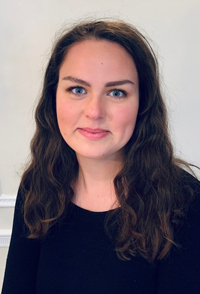 Alexandra O’Shaughnessy-Tredwell joined Meadows Ryan in July 2021 following her role at a National Law Firm undertaking predominantly family law matters. Alexandra is a paralegal, working within the family, litigation and immigration teams. Alexandra has completed her LLB and is currently studying for her LPC and LLM. Outside of work, Alexandra enjoys running organised half marathons, dog walks and having friends over for dinner. 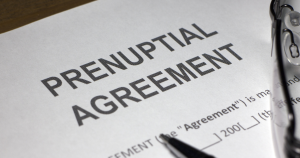 What is a Prenuptial Agreement?

9 of the BEST Reusable Cloth Nappy Brands that you NEED to know about in 2021...
Scroll to top